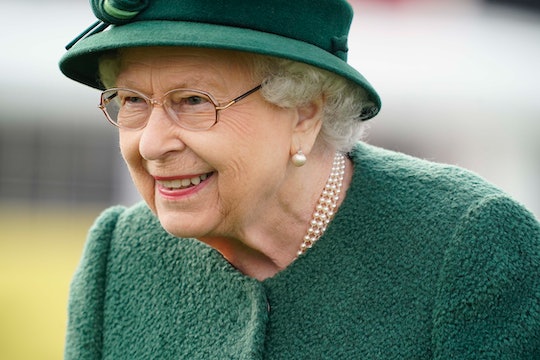 Baby Sussex has finally made their debut and having done so, the monarchy grows by one more family member. So what does that mean for the queen? Or more specifically, how many grandchildren does Queen Elizabeth have now? And who are all of her royal grandbabies?

The Queen had one more added to her brood with the birth of Meghan Markle and Prince’s Harry’s first child. The baby boy was born on May 6. Palace officials announced the birth with proper British form, saying: "The Duchess went into labour in the early hours of this morning. The Duke of Sussex was by Her Royal Highnesses' side. An announcement will be made soon." On Instagram, the Royal Sussex account announced:

We are pleased to announce that Their Royal Highnesses The Duke and Duchess of Sussex welcomed their firstborn child in the early morning on May 6th, 2019. Their Royal Highnesses’ son weighs 7lbs. 3oz. The Duchess and baby are both healthy and well, and the couple thank members of the public for their shared excitement and support during this very special time in their lives.More details will be shared in the forthcoming days.

The Queen has eight grandchildren, according to Town & Country, and those were born to her four children. Prince Harry and Markle's new baby doesn’t increase that number, because the generation this baby belongs to are her great-grandchildren. The most well-known of her grandchildren are, of course, Prince William and Prince Harry, but all of the others are no less dear to her heart.

Prince Charles is the Queen’s oldest child, according to Metro, and we know well about his offspring with Princess Diana, William and Harry. Of that family line, Markle and Prince Harry’s baby marks the fourth great-grandchild. Baby Sussex has three cousins who are the children of Prince William and Kate Middleton, Princes George, Princess Charlotte, and Prince Louis.

Princess Anne is the Queen’s oldest daughter, just one year younger than Prince Charles. She was first married to Captain Mark Phillips from 1973 to 1992, according to Good Housekeeping, in a union that produced a son, Peter, and a daughter, Zara. Peter Phillips is the Queen’s oldest grandchild and told The Telegraph that he’s always been close with his grandmother. He has two daughters, Savannah and Isla, who are the Queen’s oldest great-grandchildren. You may remember them as the girls who famously stole the show with their antics during the 2018 Trooping the Colour parade. Zara married Mark Tindall and went on to also have two daughters, Mia, and Lena, according to Hello! Magazine.

The third child for the Queen and Prince Philip came 10 years after the birth of Anne, according to Good Housekeeping, and was a boy they named Andrew. He’s more of a quiet gentleman these days, but he and his then-wife, Sarah Ferguson, were big news in the '80s when they were as well-known as Prince Harry and Meghan Markle. They had two daughters, the Princesses Beatrice and Eugenie. Though Eugenie married in 2018 neither of the princesses have had children yet to contribute to the generation of great-grandchildren.

Prince Edward was the last child for the Queen and her husband. When he married Sophie Wessex, there was a break with royal tradition as the Queen named him an earl rather than the more customary duke, according to RoyalCentral. He and his wife have two children who are known as Lady Louise and James, Viscount Severn, according to Hello! Magazine, and they are the two youngest of the queen’s grandchildren.

With all this said, the world welcomes this new little one to a very respected and very loving family. From the Queen all the way down to Baby Sussex, there is a lot of family and love to go around.

More Like This
Kate Middleton's Brother Paid Tribute To Queen Elizabeth With His New Puppy's Name
Meghan Markle Wore A Treasured Pair Of Earrings To Honor The Queen At Her Funeral
Queen Elizabeth's Corgis Will Be "Spoiled Rotten," According To Prince William
Prince Louis Is Asking His Parents Questions As He Tries To Understand Queen Elizabeth’s Death