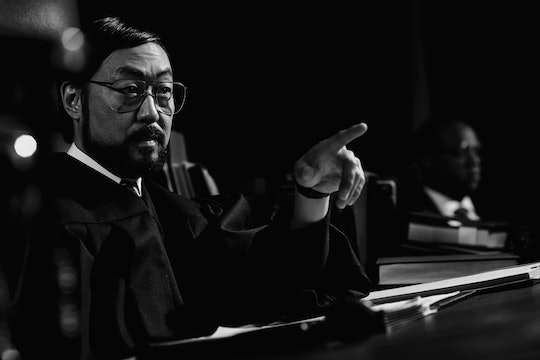 How Many Jurors Were Dismissed During the O.J. Simpson Trial? The Jury Was Always Changing

One of the key stressors in the O.J. Simpson trial was the looming threat of a mistrial due to the court constantly hemorrhaging jurors. The case was appointed the standard twelve jurors and had twelve alternates assigned to it, but at one point, so many alternates were being called upon to fill in that it seemed like they'd run out faster than jurors were being dismissed in the months long proceedings. American Crime Story highlights the juror dismissal process, but just how many jurors were dismissed during the O.J. Simpson trial?

According to USA Today, a whopping 10 people were ultimately dismissed from the jury box during the course of the trial, leaving only two alternates remaining by the end. The jurors who were dismissed were let go for reasons ranging from a failure to disclose a potential conflict of interest to a 26-year-old flight attendant who broke down in Judge Ito's chambers begging to be dismissed.

If the court had run out of alternates, then Judge Lance Ito would have been forced to declare a mistrial, and the countless hours and resources that were pumped into the case all would have gone to waste. A mistrial would have left Simpson potentially too broke to pursue a second defense team, and the justice system looking just as bad with a fumbled trial.

The psychological toll on the jury during the trial was very real: they were sequestered from their families for almost a year, they had to do everything together (including agree on what to watch on TV before they could watch anything), and they were under constant surveillance by deputies of the court to ensure they were not influenced by outsiders or the media. Not to mention the fact that the media was putting immense pressure and scrutiny on them.

Another reason for dismissal that knocked out two of the jurors was a history of encountering domestic violence. Because so much of the prosecution's case hinged on Simpson's record of spousal abuse against Nicole Brown Simpson, women who had also encountered domestic abuse were considered to be prejudicial.

But the most bizarre reason specific to this case in particular was a juror who was dismissed because the court feared he was planning to write a book about his experience as a juror on the so-called trial of the century. According to USA Today, the man was "keeping a journal on his computer and acknowledged he might eventually have turned it into a book."

Ultimately, the trial slid into closing arguments in the nick of time, but with so many jurors getting bounced around, and poor Judge Ito struggling to keep as many passengers onboard as he could, it's a wonder the case wasn't lost to a mistrial.