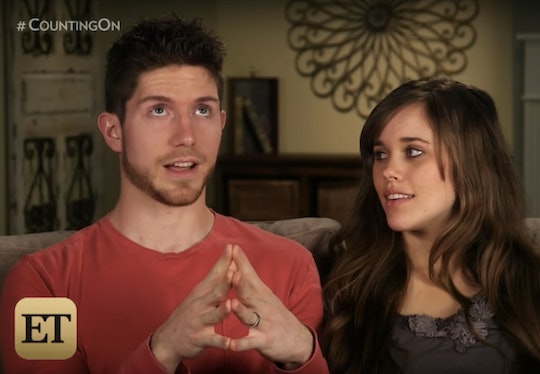 Though they just welcomed baby number two to their young family, Jessa Duggar’s husband is already looking ahead to baby number three and beyond. But how many kids does Ben Seewald want? Is he really trying to match the Duggar family’s 19 kids and counting?

The Seewalds’ firstborn child, Spurgeon, is just 1 year old at present. His new baby brother, Henry Wilberforce, was therefore a quick new addition to the family, following the Duggar family’s pattern of having siblings that are super close in age. Ben also comes from a big family; He has six brothers and sisters, of which he’s the eldest. It seems that Ben and Jessa’s upbringings have a lot more in common than merely their shared Christian faith.

As far as growing their brood, Jessa and Ben have been totally open about their plans. Ben has alluded to wanting a big family plenty of times. In an interview with People this month, he admitted that it’s been simple enough to handle two kids with two parents thus far. “When we have more,” he shared, “we’ll have to switch it up to a zone defense!”

Ben totally has a “more-the-merrier” mentality. Jessa shared with Us Weekly: “Ben jokes about wanting 15 sons, but I imagine we will probably have a good mix of boys and girls." The young dad is totally ready to keep adding; Jessa revealed that they both “would love to adopt many kids.” A family full of kids was top-of-mind before the two were even married.

“We both want to have a big family,” Jessa told People before the couple were even engaged. “We are talking about our goals and the future with family. We have both talked about adoption and want to adopt, too.” Suffice it to say, it helps that they’re on the same page.

On the Seewald family’s official website, Jessa shares that her future plans with Ben include “outreach in our community, sharing the gospel of Jesus Christ, and adopting lots of children!” For the Seewalds, it appears that, as far as family is concerned, the bigger the better.

You can watch Ben and Jessa, along with the rest of the Duggar crew, in their TLC show Counting On. They’ve shared so much about the growth of their family thus far that they’ll surely keep fans in the loop as more plans (and more babies) form. Spurgeon and Henry had better make some room — there are definitely some more Seewald siblings in their future.