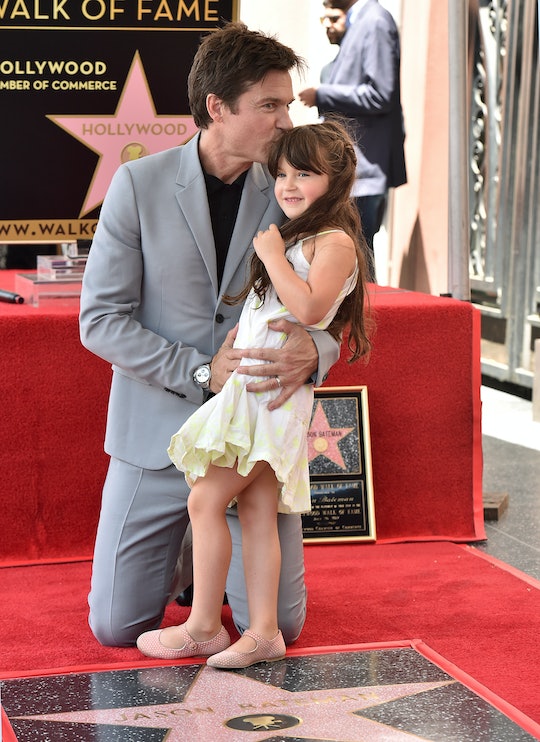 While his on-screen performance as patriarch of the Byrde family on Netflix's hit crime drama series Ozark may raise a few eyebrows, the actor who plays him often gushes about his life as a dad. So just how many kids does Jason Bateman have?

Bateman and his wife Amanda Anka share two adorable daughters. Their oldest child, Francesca Nora Bateman, was born in October 2006; she is affectionately known as Franny at home, as Bateman told Made in Hollywood, joking that her entry into his life introduced him to all manner of kids movies. "But obviously, you know, Frozen is always on heavy rotation. You name it, I don't think there are really any we haven't seen. It's pretty amazing," he told the outlet.

After Franny came the couple's second daughter, Maple Sylvie Bateman, who was born in February 2012. By the time she came around, Bateman was a seasoned father and couldn't get enough of his daughters. Along with his varied acting career, Bateman is known for bringing his kids with him to filming locations often. At just a year old, Maple was flying cross-country with her dad to a set, an experience the actor recounted in a 2013 USA Today interview.

"As I'm flying over on the plane, Maple figured out how to make a really loud noise with her mouth. She started going 'Ah, ah' like a bird. It was the weirdest thing. All the other passengers are looking at me. All the headphones went on," Bateman told USA Today. "And I thought to myself, 'Why did I do this?' It's a two-day trip and I always want to bring them. It's just so fun. There's room service."

Maple also recently made an appearance in her dad's remote interview with Jimmy Kimmel, waving from the window and effectively stealing the spotlight. "There goes Maple. Say hi to Jimmy," Bateman said to the camera as his now-8-year-old waved through the glass. He then quipped, "You see, I keep her outside. That way, there's more food for me inside the house."

Along with pride for his kids, Bateman also often gushes about his wife — especially when it comes to her parenting. After receiving the award for best actor in a drama series at the 2019 SAG Awards for his performance in Ozark, the actor used his speech as an opportunity to worship the ground Anka walks on and I couldn't possibly stan it more.

"She’s got a full-time career herself and she’s able to be an incredible mom, and she’s also almost a full-time dad too because I’m out of town so much," he said, according to People. "I’m floored by that. That keeps me grounded. That reminds me that I’ve got a real strong example to kind of live up to what she’s showing."

Tune in to the Emmys Sept. 20, from 8 p.m. to 11 p.m. ET on on ABC, YouTube TV, and Hulu + Live TV to see if Bateman's portrayal of unconventional dad Marty Byrde is as well received as his parenting IRL.