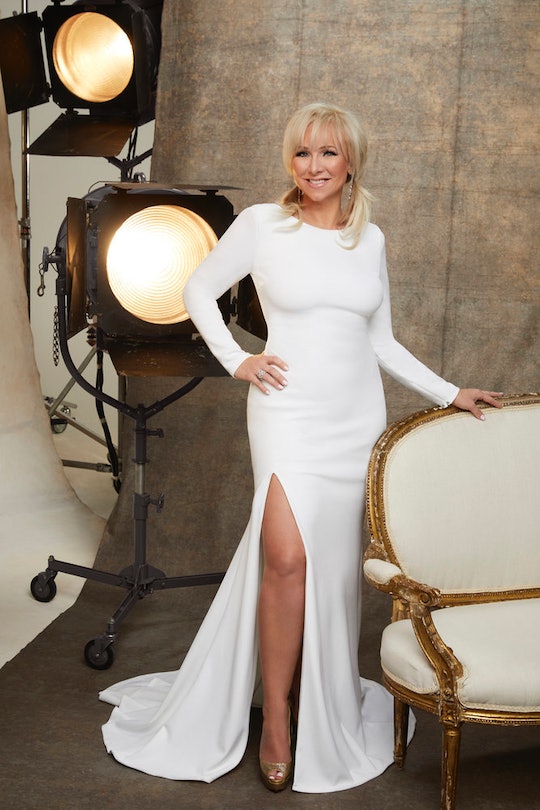 This 'RHONJ' Newcomer Is Proud Of Her Family

Real Housewives of New Jersey is back for Season 8 and although we lost OG Jacqueline Laurita from the lineup this season, we gain Margaret Josephs, the self-professed "Powerhouse in Pigtails." The 50-year-old lifestyle expert considers her platinum blonde pigtails part of her signature look, which like, do you, I guess. She's also on her second marriage as the second wife, which is another thing she considers herself an expert on. Since she's new to the group, viewers may be wondering: how many kids does Margaret Josephs have? Given her complex family dynamics, she obviously has a blended family.

When Margaret was 24, she married Jan Josephs, who already had three children. She immediately left her job as a dress designer in Manhattan's garment district (she's an alum of the Fashion Institute of Technology with a degree in Marketing and Fashion Design) and became a stay-at-home step-mom. In an interview with Jacque Reid, Margaret revealed that her biggest step-parenting lesson was: "Don’t try and replace their mother. You have to just try and co-parent and be really patient. You don’t want to compete whatsoever. You’re never going to be top dog."

In 1996, she and Jan welcomed their first son together. However, the couple eventually "happily divorced." I don't know if any of her children will appear on the show or not. But considering the amicable divorce and that her step-children are mentioned in her Bravo bio alongside her son, I can assume that they're still close, in spite of Margaret and Jan's split.

In 2013, Margaret married her current husband, whom she describes as the love of her life. She calls him "Super Joe" and he works as a third-generation plumber and contractor, when he isn't doting on his motorcycle or taking Margaret to Burning Man. (Seriously.)

Like so many New Jersey Housewives before her, Margaret took advantage of her husband's skill set and bought an old mansion with him which they renovated themselves. From the looks of it, Margaret and Joe are empty nesters, which gives her the time to throw a massive birthday soiree in their home, complete with a grand entrance. The extravagant party serves as her Real Housewives introduction, and, based on the trailer, she seems like she'll fit right in.

Margaret's children are also (indirectly) how she made her fortune. In 1998, as a stay-at-home mom to four kids, she began feeling desperate for storage solutions. While she was crafting for her own house, she decided to try painting decorative metal buckets to sell. A set of 20 she bought from Home Depot and painted herself sold out in two days at a local home goods store, at which point, she decided to start her own business. Margaret expanded into painted and decoupaged trays and other home goods, eventually becoming so overwhelmed with orders that she enlisted the help of her nanny and neighbors to fulfill them.

In 2000, she received an order worth $40,000, and two years later, her business made its first million. By 2012, she had expanded into selling her line at Bed, Bath, & Beyond, Barnes & Noble, and Target, making $26 million a year, all while her kids were still growing up. According to a 2012 CNN Money profile, "Josephs admits it's been hard to juggle being a mom and an entrepreneur. She's made it work because 'women are amazing multitaskers,' she said."

From the way she talks about them, it seems like Margaret made momtrepreneurship work for her family without putting too much of a strain on her relationship with her kids. We'll have to stay tuned to RHONJ to see if she has any lingering family drama.