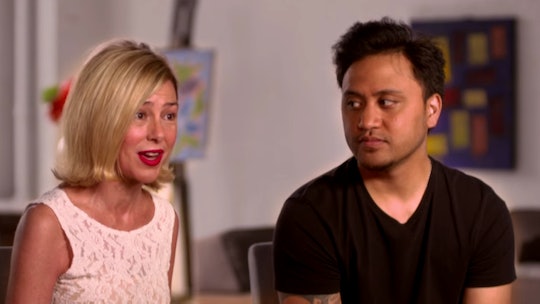 How Many Kids Does Mary Kay Letourneau Have?

Between nostalgia TV reboots and various true crime formats reexamining the evidence of cases that gripped the media in the 1990s, the contemporary TV landscape looks a lot like it did when millennials were kids. The details of one such case, the rape conviction of a former schoolteacher who engaged in a sexual relationship with one of her students, is the subject of a new A&E documentary called Mary Kay Letourneau: Autobiography. As the doc revisits the details her life, viewers may be wondering: how many kids does Mary Kay Letourneau have? While she was married with four children when she began her relationship with Vili Fualaau, a then-12-year-old sixth-grader, she went on to have two more children with before marrying him. They'd planned to have a third together, according to Entertainment Tonight's exclusive coverage of their 2005 wedding, but never did. So Letourneau currently has six children, two belonging to her former student turned current estranged husband.

In 1984, while she was still a student at Arizona State University, she conceived her first child with her boyfriend at the time, Steve Letourneau. After pressure from her parents to get married, Mary Kay relented and agreed to a wedding, even though she didn't feel she was in love with Steve. They each wound up dropping out of college before she gave birth to their son, Steve Jr. In 1987, after Steve moved the family to Alaska for a job and then down to Seattle, Washington for a transfer, Mary Kay gave birth to the couple's second child, Mary Claire.

The family continued to suffer from financial troubles, and in 1989, Mary Kay completed a teaching degree from Seattle University by attending night classes. She began teaching the second grade and, despite allegations of physical and emotional abuse against her husband, the couple went on to have two more children: Nicholas in 1991, and Jacqueline in 1993.

In 1996, when Mary Kay was 34 years old, she began a sexual relationship with Fualaau, who had previously been a student in her second-grade class. She was also teaching a sixth-grade class that he was in at the time of their relationship, but, in Mary Kay Letourneau: Autobiography, she frames him as a former student. She became pregnant with Fualaau's child during this relationship and gave birth to their first daughter, Audrey, in 1997, as she awaited sentencing for two counts of felony second-degree rape of a child, charges for which she entered a plea of guilty.

Letourneau only served three months in prison, but was issued a no-contact order by the court as part of her probation to separate her from Fualaau. Just two weeks after being released from prison, she was caught engaging in sex with Fualaau in her car, totally violating her probation. She returned to prison where she was sentenced to more than seven years. Before she was incarcerated a second time, she managed to conceive a second child with Fualaau, a daughter named Georgia whom she gave birth to in 1998.

After Letourneau was released from prison in 2004, Fualaau filed a motion with the court requesting the no-contact order be overturned since he was now a 21-year-old consenting adult who wished to pursue a relationship with Letourneau. The court granted his motion, and the couple got married in 2005. (Letourneau divorced her first husband in 1999 while behind bars.) Although Fualaau briefly filed for separation in 2017, he later withdrew the request, and according to a Good Morning America segment on Mary Kay Letourneau: Autobiography, the couple is reportedly in counseling and working on their marriage. You can catch the documentary, which includes extensive interviews with both Letourneau and Fualaau, when it premieres on A&E Tuesday, May 29.