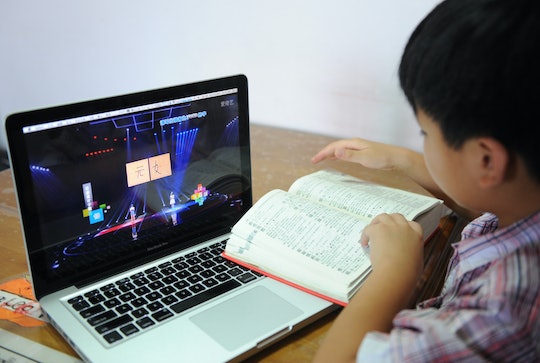 How Many Kids Experience Cyberbullying In The US? The Duke Of Cambridge Set An Example

Earlier today, Prince William, the Duke of Cambridge, launched the United Kingdom’s first cyberbullying task force. According to a memo issued by Kensington Palace, cyberbullying “is an issue that The Duke feels strongly about,” and the task force will not only work to report abusive content, it will provide information and support for young people affected by cyberbullying and their parents — as many adults do not fully understand the gravity of cyberbullying. But how many kids experience cyberbullying in the U.S. and worldwide, and should our government launch a similar initiative?

And, worldwide, it seems 43 percent of all kids have been bullied online, according to DoSomething — one of the largest global non-profits for young people and social change (though other studies — like one conducted by NoBullying — place the number of cyberbully victims even higher, at 52 percent). One thing both studies agree on is that 25 percent of those affected by cyberbullying will be attacked again. That’s right, 1 in 4 victims has experienced — or will experience — repeated bullying. And these numbers are not only concerning, they scary and they are alarming. Because all forms of bullying can have a detrimental effect on children, but cyberbullying can be particularly problematic because there is no end, and laws to stop it either don't exist or are not clear. It doesn’t stop when a children arrives home or their school day ends; there is no way to escape it.

But what can parents do? What can teachers do? What can the American government do? Well, it can start by taking a page from the Duke’s playbook: people need to acknowledge the severity of the problem, the dangers of bullying and cyberbullying, and arm all adults and children with the tools and resources they need to get help. The good news is that — to a certain degree — the U.S. government does this already. The site StopBullying.gov was created by multiple government agencies — including the Department of Education, the Department of Health and Human Services, and the Department of Justice — to act as a resource hub for bullying and cyberbullying. (Not only does StopBullying explain the difference between these two types of bullying — and explain what constitutes bullying — it offers tips to help teachers, students, and their parents prevent bullying as well as resources aimed at helping victims and their families respond to attacks.) What's more, there are also numerous non-profits fighting to do the exact same thing: Cyberbullying.org, KidPower.org, and DoSomething.org, to name a few, and they all take donations. But more can be done.

Something needs to be done for as long, legally, because the number of cyberbullying cases will only increase as younger generations use technology earlier.

And, as Brent Hoberman, CBE to the UK’s task force team, said, cyberbullying has a "terrible effect" on children, and "the future of our children is inextricably linked with the Internet," so, "it is our responsibility to ensure that they grow up confident and happy online so that they can make the most of the extraordinary potential it offers."