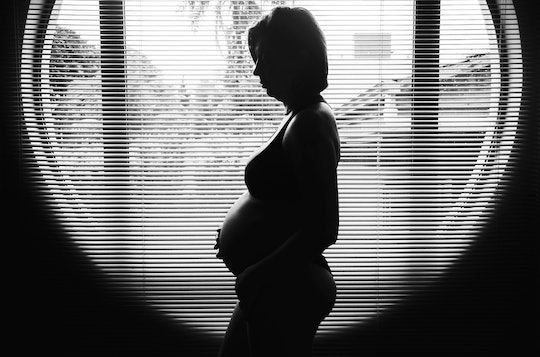 How Many Late-Term Abortions Are Performed Each Year? They're As Rare As Fatal Snake Bites

Donald Trump and the GOP like to tout myths about abortion, including that women can end their pregnancies whenever and for whatever reason they like, and that fetuses can be "harvested" and sold in parts. These are falsehoods that harm women and our right to make choices about our bodies. Contrary to what some politicians believe, ninth-month abortions are not a thing, and late-term abortions are very rare. According to the Guttmacher Institute, only about 1 percent of all abortions performed each year are late-term abortions.

But what does that mean in actual numbers? We'll have to do some math to make an educated guess. In 2010, the total number of abortions was reported to be 765,651, according to the Centers for Disease Control and Prevention. And last year, an Associated Press survey found a 12 percent decrease in the number of abortions between 2010 and 2015. With that in mind, the total number of abortions in 2015 could be an estimated 673,773. Based on the Guttmacher Institute's estimate that only about 1 percent of all abortions occur at or after 21 weeks, we'll find the number of late-term abortions to be around 6,700. That's less than the number of deaths that occur yearly in the United States due to venomous snake bits. (And that's even a stretch, because likening abortion to the death of a living, sentient human is an incorrect analogy.) On a more relatable scale, for every one late-term abortion that occurs, 74 people burn themselves with hot tea, coffee, or water. So yeah, I'd say late-term abortions are pretty rare.

Late-term abortions aren't so commonplace when compared to these other events, regardless of what some rhetoric might have us believe. Sorry, Donald, you were wrong when you implied that late-term abortions were easy and frequent in the third presidential debate, according to Vox:

What Trump describes sounds an awful lot like a Cesarean section, which is a safe delivery procedure. "Ripping the baby out" in the ninth month is actually just called birth! And when women actually do need to end their pregnancies, they're not taking it lightly. It's a tough decision, and it's often made for medical or health reasons. It has little to do with a woman's fickle whims, as Trump suggests. Comedian and TV show host Samantha Bee said it well, according to the Daily Beast:

Guess what? It’s not because women are selfish sluts who wake up in their third trimester and decide, ‘Not into this, I want a procrast-abortion.’ It’s usually because the tests done at that point reveal a fatal birth defect or serious risk to the mother’s life.

Contrary to what Trump and company like to think, late-term abortions aren't happening all the time; they're rarer than a fatal snake bite! But when they do happen, they're the result of a careful decision made by the woman whose body, health, and future are on the line.