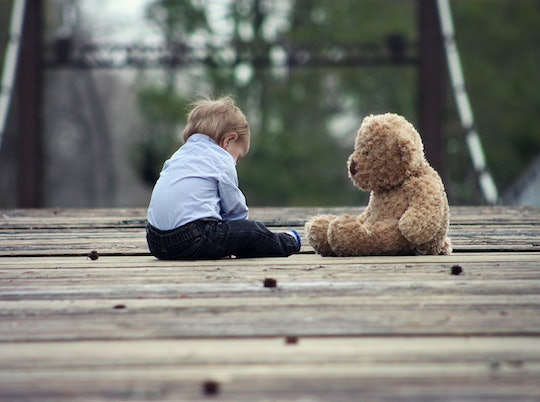 How Many Millennial Moms Are Only Having One Kid? It's A Growing Trend

The recession has done its part helping to convince millennials that putting off having kids is a smart idea. But there's also mounting evidence that only children with no siblings do better, are cheaper, and are better for the environment, among other benefits. How many millennial moms are only having one kid? It's becoming more common.

Deseret News reported, according to census data, nearly a quarter of American families only have one child, and in big cities that number goes up. For instance, in New York City, 30 percent of households only have one child, Deseret News reported. The last time there were so many only children in the U.S.? The Great Depression, according to Deseret.

Urban Research found that, following the Great Recession, from 2007 to 2012, the birth rate among women in their 20s dropped by more than 15 percent.

"We are still undergoing the demographic transition toward fewer children that began in the late 18th century, and we see these trends all over the world," Dr. Frank Sulloway, a psychology professor at the University of California at Berkeley, told the Deseret News. "The rate of only children will go up. It won’t ebb and flow."

According to Pew Research, mothers are also putting off having children later than ever before. In 1960, 40 percent of mothers were between the ages of 15 and 24. In 2011, they made up only 22 percent of mothers. And today women expect to have an average of 1.9 babies, down from 3.7 in 1960, Pew reported.

But while the trends point toward fewer babies, millennials are still of child bearing age, and with a recovering economy could perhaps start a modern baby boom. Bloomberg reported that, while birth rates among younger women are in decline, older women are having more babies than ever before.

As a report from millennial market points out, they're a generation completely defined by youth culture. As they age, millennials are likely to change and mature, along with their life plans, just like others before them.

"Millennials are often inaccurately portrayed through the prism of youth and all the character traits that go along with it—narcissism, rebellion and entitlement to name a few," said Jeff Fromm, an expert on marketing to millennials, in a recent Millennial Marketing report. "A large portion of millennials have grown up."

Millennials are coming of age and are likely to change along with the times. It's hard to know if that will include having more children. Millennial Marketing found that there are currently 10.8 million millennial households with children and that millennials are becoming parents in 80 percent of the more than 4 million births in the Unites States every year.