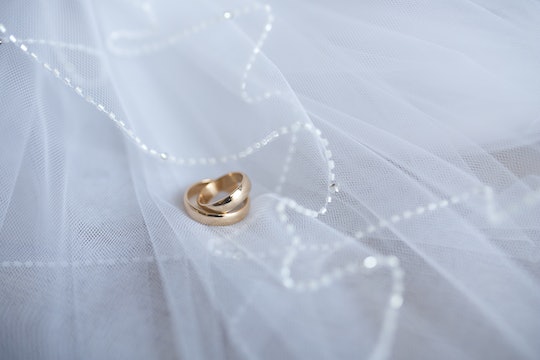 How Many Millennials Get Divorced Before 30? Fewer Than Their Parents

Millennials, like any other generational group, are subject to stereotyping. Lazy, tech-obsessed, and narcissistic, those born from 1982 to the early 2000s would seem even more prone to divorce. Oddly enough, however, studies haven't shown this to be the case. In a have-it-all-environment, millennials might easily become overwhelmed by choice, deciding to end their current commitment and trade in for the possibility of something better. Yes, millennials are finicky, but this choosy nature is the same behavior that causes millennials to get married at a much older age than their parents did. The health and longevity of these marriages, though, is an entirely different question. In comparison to their parents, how many millennials get divorced before 30?

From the 1970s, marriage rates have decreased and the age of marriage has risen. Millennials cite some credible reasoning to avoid marrying young. In a poll by Pew Research Center, 74 percent of the entire scope of participants surveyed all agreed that "marriage was still a meaningful institution," with 75 percent of older participants believing that "marriage was still relevant and led to a happier, healthier, more fulfilled life." This view is held by about 66 percent of the younger participants. Millennials respect marriage, they just choose not to partake in it to the same degree. In considering current trends, it's predicted that 25 percent of millennials "will have never married by 2030 ... which would be the highest share in modern history."

The millennial aversion to marriage isn't an unconscious one. In surveying unmarried millennials, 29 percent of the age group attributes their unmarried status to a lack of financial preparedness, 26 percent believe they have not found a compatible partner, and another 26 percent believe they're "too young and not ready to settle down." Money issues, finding the right match, and restlessness are often grounds for divorce, so using these as justification to refrain from marriage seems reasonable.

The millennial marriages that do occur have lower instances of divorce, according to predictions by University of Michigan economist Justin Wolfers. Projecting these estimates into coming years, Wolfers believes "nearly two-thirds of marriages will never involve a divorce" — an improvement on the oft-accepted belief that half of all marriages end in divorce. But not all studies are as optimistic as his. Though University of Maryland sociology professor Philip Cohen agrees that "the average marriage is lasting longer and that young people especially are divorcing less," he emphasizes that "we have no way of knowing what will happen to today’s marriages tomorrow.” Essentially, millennials could be well on their way to having the same divorce rates as their parents — we just haven't experienced that wave quite yet.

Regardless, millennials — unmarried and single — are in a pretty good spot. Unmarried? Don't worry, you've got time to find a partner. And if you're married? Well, we're all rooting for you, and you've got no odds to beat as of yet.