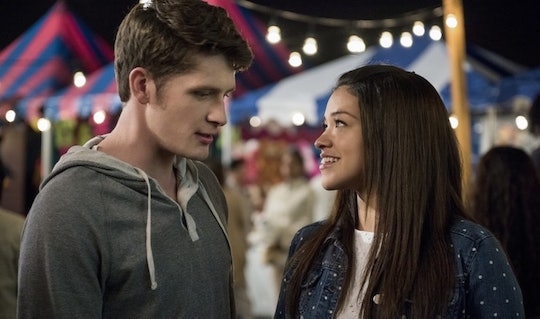 It's always devastating when a character dies on your favorite show, and Michael's (Brett Dier) death on Jane the Virgin was no exception. Fans will probably be mourning his death for the rest of the season. However, even though Michael's dead that doesn't necessarily mean fans will never see him again on the show. In fact, show runner Jennie Snyder Urman told The Hollywood Reporter that Dier will definitely be back. So how many more Jane the Virgin episodes is Brett Dier in? Right now the exact number is unknown, but fans will definitely see him again and soon, which is hopefully at least somewhat comforting.

"Definitely, definitely bringing Brett back," Urman recently told THR during an interview. "And there will be things that you hadn't seen before, and there will be things that you have." So don't worry Team Michael fans, there are still more cute Jane and Michael scenes to come throughout the rest of the season, but don't get too excited just yet. There may still be a bit of a wait before Michael comes back in a happy flashback capacity. "The tricky balance is when to bring him back, because you don't want to bring him back too soon so that the audience doesn't feel the loss of him," Urman continued during the same interview with THR. "Because that needs to settle and feel real."

I don't know about anyone else, but I totally feel the pain and loss of Michael. You could bring him back in the next episode and I'd still cry my eyes out, remembering how he just died right in front of me not too long ago. But even though fans may have to wait a bit until Michael actually reappears on screen, Urman promises that his memory and presence will still be felt on the show. "You feel him throughout," she continued. "I can't emphasize that enough."

So maybe waiting to see more cute Michael and Jane moments won't be too bad. In the meantime, I guess I can just rewatch the old ones until then, even though I'll totally just cry remembering how their love story tragically comes to an abrupt end. Or alternatively, the writers could just tell me the last episode was a terrible dream and Michael's still alive and everything's perfect and fine. That works too. Please?

Jane the Virgin, sans Michael, airs on Mondays at 9 p.m. ET on The CW.