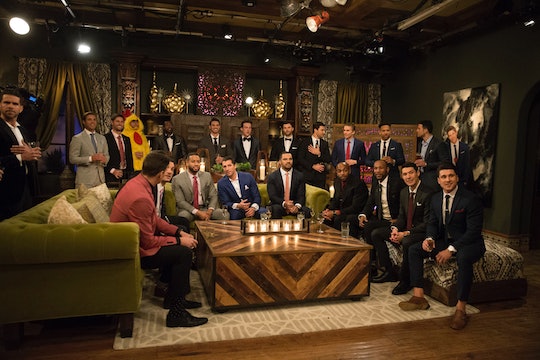 While reviewing the twenty-eight men who will soon be duking it out to earn Becca Kufrin's adoration, one thing rapidly becomes clear: they are all quite sporty. There are former players from basketball, baseball, and soccer teams; there are fitness enthusiasts and trainers galore. But how many of Becca's Bachelorette contestants play football? There are almost always athletes amongst the cast of the show, but in Becca's season a penchant for sport is especially prevalent.

Three of Becca's suitors have played football at one time or another, but only one is still professionally involved in the game. That would be Clay Harbor: though currently an NFL free agent, he's been part of quite a few major teams since being plucked out of Missouri State in 2010. He joined the Philadelphia Eagles that year, then moved on to the Jacksonville Jaguars in 2013; after that, he spent time with the New England Patriots and the Detroit Lions in 2016. A stint with the New Orleans Saints followed in 2017. Since then, however, he's been without a team. According to Sports Illustrated, Clay has had "eight career touchdowns and 1,170 receiving yards on 114 receptions," which sounds very impressive to a person who knows absolutely nothing about football.

It's a little unusual for an athlete to join The Bachelorette who isn't retired. It seems after exhausting their sporting options, many men are finally prepared to go all-in on the journey to find a televised love connection. Host Chris Harrison remarked on that during a recent Facebook Live chat that revealed the Season 14 cast, saying:

Clay might be the most athletic guy we've ever had on the show. Plays professional ball. A lot of the guys come on the show and say 'I play pro ball' and you're like 'What does that mean?' Clay actually plays in the NFL, had a great career. I think the thing with Clay is he ready to give up his career?

That may make Clay's story somewhat out of the norm, though the other two men with football in their past have more familiar tales to tell. Both Colton Underwood and Darius Feaster are former football players, though both have since moved on from the sport.

According to Life & Style, Colton was previously signed to the San Diego Chargers, Philadelphia Eagles (something he and Clay have in common), and the Oakland Raiders, whom he parted ways with in 2016. However, Sports Illustrated reported that he had never played in an NFL game despite jumping from team to team, because in two of those three instances he was on the practice squad. He was considered an undrafted free agent while signed to the Chargers.

Darius, meanwhile, was something of a football star in high school, per the Journal Sentinel. Though he continued playing when he attended the University of Wisconsin-Madison, he ultimately chose to pursue a different field. He works as a pharmaceutical sales rep these days, but he hasn't lost his connection to his college sports days. "A lot of my old football buddies are still my best friends to this day," he told WXOW.

Those three are the only ones who have been involved with football at one point in their lives, but they aren't the only suitors with a fondness for sports. Christon Staples is a former Harlem Globetrotter, Christian Estrada retired from semi-professional soccer playing and became a banker, and Connor Obrachta used to be a professional baseball player but now channels those skills into being a fitness coach. Lastly, Mike Renner is a sports analyst.

With so many athletically inclined contestants this year on The Bachelorette, viewers might do well to expect more than a few physical fitness challenges over the course of the season.