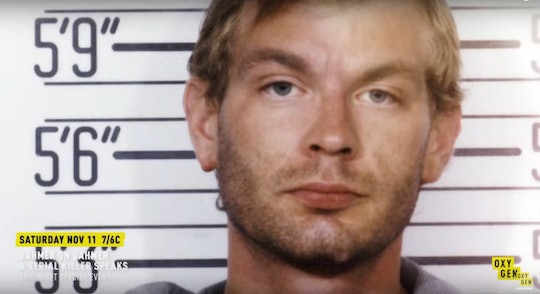 Jeffrey Dahmer Had Numerous Victims Throughout His Killing Spree

Oxygen's Dahmer on Dahmer: A Serial Killer Speaks is an upcoming two-night docuseries that explores the life and crimes of Jeffrey Dahmer using interviews he did with journalist Nancy Glass. Dahmer committed numerous rapes and murders for over a decade before being apprehended, but how many people did Jeffrey Dahmer kill? It's astonishing that he killed so many people without being caught, especially when he came so close to discovery several times.

Dahmer had 17 victims in total, all young men and boys ranging in age from 14 to 31. He killed his first victim shortly after his high school graduation, a 19-year-old named Steven Hicks who had been hitchhiking to a rock concert when he crossed paths with Dahmer. Dahmer disposed of Hicks' body in the woods near his Ohio home. After that, Dahmer joined the Army and became a medic; though he did not kill anyone during his time in the armed forces, he did allegedly rape two other soldiers, Billy Joe Capshaw and Preston Davis. Both Capshaw and Davis will appear in Dahmer on Dahmer. Nothing was done about the attacks and Dahmer eventually received an honorable discharge for his alcoholism, relocating to Milwaukee to live with his grandmother.

Dahmer worked various jobs during this time, but also had several run-ins with the law. He was arrested for indecent exposure twice, though the second instance was changed to disorderly conduct. He also began to attend gay bars and bathhouses, where he would repeatedly drug and rape men, according to People. This caused him to be banned from one bathhouse, though that didn't stop Dahmer from continuing to assault men.

He reportedly killed his next victim, 25-year-old Steven Tuomi, in 1987. Dahmer claimed afterwards that he had no memory of the act, but woke up to find Tuomi dead. As he would with subsequent victims, Dahmer dismembered Tuomi and retained his head for weeks afterwards. This was when Dahmer's pattern appeared to emerge: he would pick up men at gay bars, then drug and rape them before killing them and dismembering the bodies. He killed three more people while living with his grandmother — 14-year-old James Doxtator, 22-year-old Richard Guerrero, and 24-year-old Anthony Sears — though he allowed a fourth to live after his grandmother saw them together.

During this time, Dahmer was arrested and convicted of molesting a 13-year-old boy. He became a registered sex offender and served less than a year in the House of Correction, as well as receiving five years' probation. As soon as he was able, he moved into his own apartment, where he killed the rest of his victims: Raymond Smith (age 32), Edward Smith (27), Ernest Miller (22), David Thomas (22), Curtis Straughter (17), Errol Lindsay (19), Tony Hughes (31), Konerak Sinthasomphone (14), Matt Turner (20), Jeremiah Weinberger (23), Oliver Lacy (24), and Joseph Bradehoft (25).

Dahmer targeted sex workers and gay men, usually men of color, and he would often try to lure them with promises of payment for nude photographs. He took pictures of his victims after they had been killed, and would also keep or consume parts of the bodies. He began to drill holes into his victims' skulls so he could inject them with either hydrochloric acid or boiling water in the hopes of making his victims permanently submissive to him.

Konerak Sinthasomphone was able to briefly escape. He was found on the street by several young women who then called the police; however, when Dahmer arrived on the scene, he convinced police that Sinthasomphone was his boyfriend and they were only having a fight. Please keep in mind that Sinthasomphone was 14, naked, and covered in blood. Dahmer was also a registered sex offender, which could have easily been discovered if the officers had checked his name. Instead, the cops walked Dahmer and his victim back to the apartment, where the body of Tony Hughes was decomposing in the bedroom, and left them there. One of the police officers, Officer Gabrish, later stated that neither he or his colleagues sensed that anything was off about Dahmer at the time. "We're trained to be observant and spot things," he said. "There was just nothing that stood out, or we would have seen it."

Dahmer was eventually apprehended in 1991 when potential victim Tracy Edwards managed to escape and flag down a police car. Dahmer was sentenced to multiple life sentences for 15 of the murders, but he was beaten to death by another inmate just a few years later. His crimes are haunting not only because of their intense brutality, but also because his victims were gay or poor or not white, which meant that their suffering was ignored for far longer than it should have been.