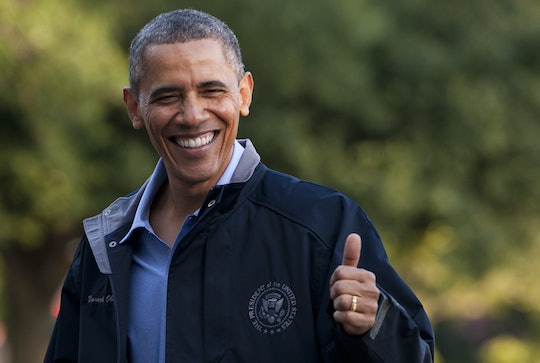 Millions Will Lose Insurance Without Obamacare

The Republican-led Congress reconvened on Tuesday, and under its new leadership in the coming weeks, the threat to the Affordable Care Act has never been greater. Though it's hard to say just how many people got insurance through Obamacare, we know that tens of millions of people stand to lose their coverage if it's repealed.

The number of uninsured people has dropped significantly in the past few years, but according to Bloomberg, that can be partially attributed to the unemployment rate going down. It's also tricky to get an accurate reading based on the way that survey questions are phrased – whether people are asked if they're now uninsured, if they've been uninsured at all in the past year, or if they were completely uninsured for the past year – the results are bound to be at least somewhat inaccurate. Recent polls from Gallup, the Centers for Disease Control, and the Census Bureau put the number of Americans insured because of Obamacare at anywhere between 12 and 22 million. Even if it's the former, that's certainly not an insignificant number of people. But those millions are likely to lose that coverage in just a matter of weeks, as President-elect Donald Trump promises to repeal Obamacare on his first day in office.

The U.S. Department of Health & Human Services estimates that about 20 million people are insured because of Obamacare, citing not just those who purchased coverage through the Health Insurance Marketplace, but those who benefited from Medicaid expansion, and young people who are now allowed to stay on their parents' plans until they're 26. A 2015 National Health Interview Survey put the overall U.S. uninsured rate at a historic low of just 9.1 percent.

But perhaps a better metric than how many people have gained insurance in the last six years would be how many stand to lose insurance if Trump actually follows through on his plan. Sure, he's gone back on his word on many, many issues, but this one actually has legs, since the Republican-controlled House and Senate are behind him. And, according to CNBC, if Obamacare is repealed, there could be more uninsured people than there were in 2010, before it was enacted in the first place. The Robert Wood Johnson Foundation estimates that, if the ACA is repealed, 24 million people will lose their coverage by 2021. More than half of those people currently depend on Medicaid or the Children's Health Insurance Program. Thanks, Obama.