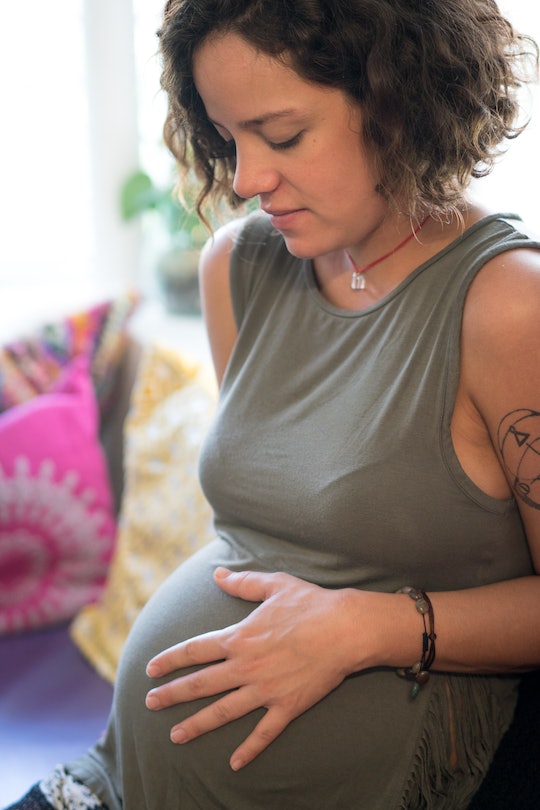 How Many Pregnant Women Give Birth In Their Cars Every Year? It's Surprisingly Uncommon

If you've ever watched any long running television show ever, you're probably familiar with the all different tropes surrounding pregnancy. Showrunners and writers love using pregnancies to stir up some drama for their characters. The most common is, of course, the unplanned pregnancy. Rachel from Friends, Mindy from The Mindy Project, Sookie from Gilmore Girls... the list goes on and on. Another popular trope, however, is placing a characters in a situation where a woman is in labor, unable to get to the hospital on time, and subsequently delivers the baby in a strange location. But while TV can make it seem like pregnant women giving birth in cars is a pretty common phenomenon, the reality is much more boring.

The Centers for Disease Control and Prevention (CDC) has reported that approximately 59,000 American babies are born outside of hospitals each year. Out-of-hospital deliveries represented just 1.5 percent of births in the United States during 2014. That's a pretty small number. Of those births, 63.8 percent took place in a residence. Another 30.5 percent occurred in freestanding birthing centers. That leaves only a slim percentage of the overall births taking place in America to have occurred in cars.

FitPregancy reported in 2011 that only 6,600 babies were born while their mothers were in transit. While labor is different for every mom-to-be, it normally lasts for a few hours. For any expectant mom out there worried about delivering in the back seat of their car, you more than likely will have enough to time to safely get to a hospital before it's time to deliver your child. First-time moms, in particular, tend to have longer labors. The average length of early labor can vary anywhere from a few hours to a couple of days. The next stage, which is active labor, normally lasts four to eight hours.

While it's pretty unlikely to accidentally give birth outside of a hospital, pregnant women are choosing to pursue out-of-hospital births more frequently than ever before. An increasingly popular alternative are birth centers, usually owned or affiliated with hospitals, run by midwives. According to CNN, the number of babies born in birth centers annually has increased by 56 percent since 2007. About 16,000 babies are now born in birth centers instead of hospitals each year.

Perhaps the growing trend of birthing centers will end up decreasing the number of pregnant women giving birth in their cars. Either way, whether you choose to pursue an out-of-hospital birth or not, it's great to know that women have expanded options when it comes to choosing how to deliver their children.