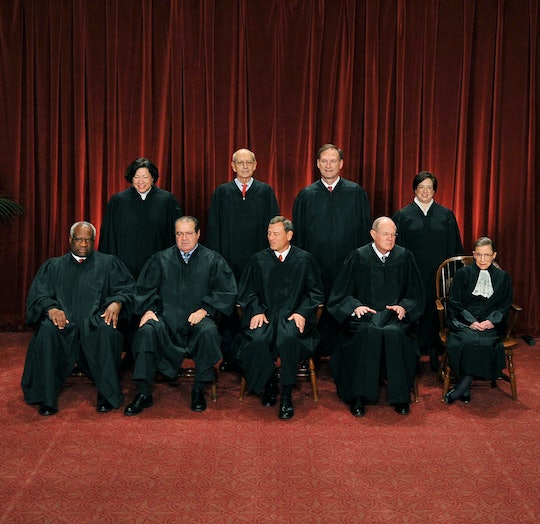 How Many SCOTUS Justices Support Vaccination? Their Voting Records Offer The Best Clues

There are few topics that draw as much emotion out of parents than the discussions surrounding vaccines. On one side you have parents who are distrustful of drug manufacturers and on the other are parents concerned about a resurgence of diseases as a result of some families deciding not to vaccinate. Big social issues like these inevitably wind up in front of the Supreme Court. So how many SCOTUS Justices support vaccines?

While no one knows their individual views on vaccines, the justices rulings on related cases give us the best insight into their opinions.

In 2011, Supreme Court gave vaccine manufacturer Wyeth (Now Pfizer) a favorable ruling on its financial liability to parents who claim their children were injured by Wyeth's vaccines. Wyeth was being sued by Russell and Robalee Bruesewitz, who said, after getting her 6-month DTP vaccine, their daughter Hannah began having seizures and as a result suffered lifelong disabilities, according to USA Today.

The case wasn't about a direct rejection or acceptance about the safety of vaccines, but, rather, the ability of Americans to sue the drug companies in court for damages. The National Childhood Vaccine Injury Act of 1986 set up a no-fault "vaccine injury program," which collected a 75-cent tax on every vaccine and put it into a fund to pay for liability claims. It was set up after drug companies stopped manufacturing vaccines because of a concern about liability, according to USA Today.

"The law preserved the right for vaccine injured persons to bring a lawsuit in the court system if federal compensation is denied or is not sufficient," according to the National Vaccine Information Center. "By 2012, the U.S. Court of Claims had awarded over $3 billion dollars to vaccine victims for their catastrophic vaccine injuries, although two out of three applicants have been denied compensation."

"She told the justices that if they rule in favor of the Bruesewitz family, parents of autistic children in some 5,000 cases could litigate their claims that the disease was caused by the measles and mumps vaccine — despite the fact that the vaccine court has repeatedly ruled there is no evidence of a link," according to NPR.

Justices Ruth Bader Ginsburg and Justice Sonia Sotomayor dissented with the majority opinion, writing that the vaccine manufacturers had a "duty to improve the designs of their vaccines," according to USA Today.

Elena Kagan had to recuse herself because she was solicitor general, according to USA Today. That puts the count, based on this ruling, at 5-2-1.

What about Merrick Garland? If President Obama's Supreme Court nominee ever gets a vote in Congress, based on his previous rulings, he would likely be a pro-vaccine Justice. In 2009 while sitting on the Circuit Court, Garland voted to uphold mandatory anthrax vaccines in favor of the Federal Drug Administration's position.

Most recently, in 2015 the SCOTUS refused to hear a case challenging state mandates for vaccines for public school kids, denying any additional evidence about the Justice's positions on vaccines.