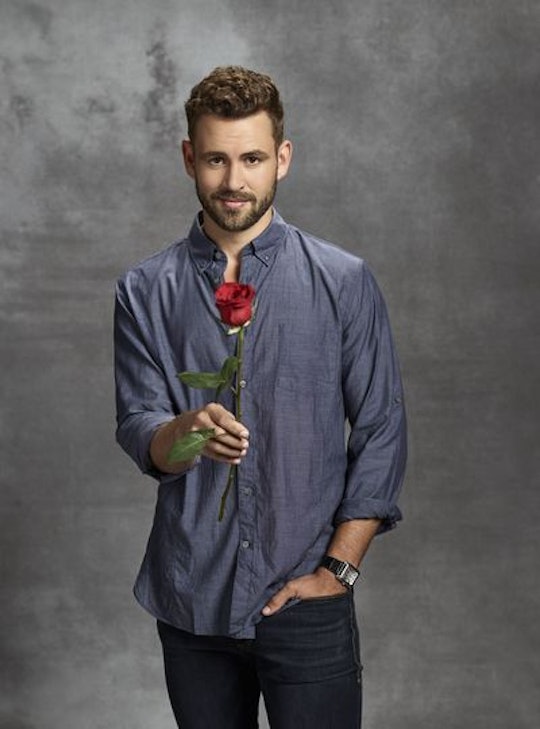 Nick Viall Has No Shortage Of Siblings

It's clear that family is important to Nick Viall on The Bachelor. His very first trip with the contestants was back to his hometown of Waukesha in Wisconsin, so they could all have a chance to get to know where he came from. That naturally meant his family made appearances, too; Raven met Nick's parents despite the fact that it's still so early in the season, and Nick's youngest sister, Bella, dominated their day out. Nick comes from a big family and it seems like family is a big part of his life too (just check out all the family pictures on his Instagram). But how many siblings does Bachelor Nick Viall have?

There are 11 children in the Viall family and out of all those siblings, Nick is the second oldest. He has an older sister, Jessica Munro, and then a bunch of younger brothers and sisters: Maria Therese, Sarah, Samuel, Peter, Luke, James, Teressa, Olivia, and Bella. At 11 years old, Bella is the youngest, meaning the Viall children span quite a lot of time in ages: 37 to 11. And Nick's parents are still happily married, too, which was something that Nick and Raven bonded over on their date. A strong connection to his roots definitely appeals to some of the women competing for Nick's heart.

In an article for People, Nick spoke about how much it meant to him to take the women home (even if he hasn't lived in Waukesha in over a decade) — and how great it was to see his family. "It was wonderful to catch my parents up to speed on how this whole journey had been going up until this point," Nick wrote. "My family has always been my biggest support." He went on to say that his parents are "the biggest role models in my life, and if I find a woman that I can have a love like they have for one another, I'd be the luckiest man in the world."

Even though Nick didn't introduce his entire family just yet, bringing his parents and his sister Bella onto the show so soon shows how important they are to him. Since they've had such an impact on him and they're so present in his life, whoever Nick ends up with will definitely have to get along with the family, even if the sheer size of the Viall clan can be intimidating. But Nick's future fiancée shouldn't be too worried — it seems like Nick's family is very supportive.