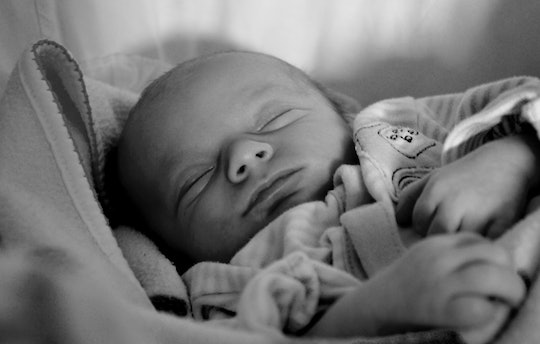 How Many Unnecessary C-Sections Does The U.S. Perform Per Year? Far Too Many

To understate the obvious, childbirth is an intense experience. Many people still have misconceptions about the whole process, particularly about Cesarean sections, which have been getting a lot of attention lately as experts worry that the rate for the procedure in the United States is too high. So how many unnecessary C-sections does the United States perform every year? It depends what you mean by "unnecessary," but the rate is definitely higher than it should be.

In a 2015 study published by The Journal of the American Medical Association, a team of experts studied childbirth in 194 countries and concluded that the ideal rate of C-section is around 19 percent. At that rate, the procedure does wonders to save lives, and benefit infant and maternal health. Above that, it tends to hit a ceiling of effectiveness.

But about one third of women in the United States end up giving birth via C-section, with the rate varying widely from hospital to hospital. In some hospitals, the C-section rate (and this is for low-risk births) gets as high as 68.8 percent. And overall, according to the New York Times, the rate in the United States has gone up 50 percent in the last fifteen years.

So what in the world is happening here?

That same New York Times piece points out that, in some cases, the decision to switch a woman from a natural birth to a C-section is less about the health of the mother and infant, and more about finances or avoiding potential malpractice lawsuits. Doctors who work shifts at hospitals where they are salaried perform fewer C-sections than doctors at hospitals that pay by the service. Those doctors may be more likely to shift women who are taking a little longer than average in labor to a C-section, arguably because the process is reportedly quicker. On top of that, C-sections tend to cost more (with more follow-up costs too).

Some may be tempted to wonder why it matters if the procedure's rate is higher than it technically needs to be. After all, many believe that C-sections are easy, so why not spare yourself some of the pain and stress of labor if you can? The stereotype of the wealthy power woman popping into the hospital to give birth right on schedule is a pervasive one. But as a new mom pointed out in a Facebook post that recently went viral, C-sections are no walk in the park.

Raye Lee shared photos of her scars, along with a long rebuttal to all the people who'd accused her of taking the easy way out with her son's birth, saying,

This was the most painful thing I have experienced in my life. I now belong to a badass tribe of mamas with the scar to prove that I had a baby cut out of me and lived to tell the tale. ( because you can die from this, you know. )... When that first nurse asked you to try getting out of bed and the ripping pain of a body cut apart and stitched back together seared through you, you realized the irony of anybody who talks about it being the "easy way out."

The response she received from women who went through the same pain is a testament to the fact that the choice to give women C-sections shouldn't be taken lightly. It's certainly not the "easy" alternative.

Whatever the reason behind the unusually high numbers, one thing is certain: C-sections are a dangerous procedure — and if moms need anything during such an important moment, it's someone watching their back. Hopefully in time, shifts in attitude change that.