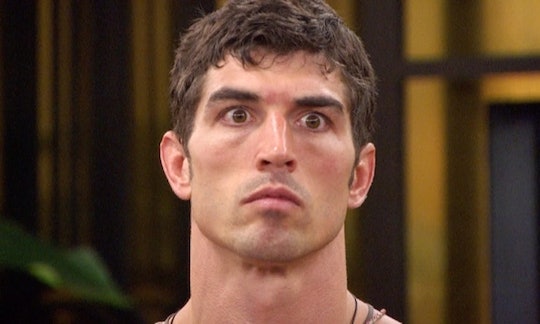 'Big Brother 19' Ended On A High Note For Cody

He may not have been a popular fixture in the eyes of his houseguests, but Cody won America's Favorite Houseguest on Big Brother 19, so it's clear viewers were, at least, charmed by his serious demeanor. But if you thought the houseguests were shocked by these results, that's nothing compared to how shocked Cody was to hear himself crowned AFH. But just how close of a race was it? How many votes did Cody win by for America's Favorite Houseguest?

Update: Since this post was written, Julie Chen informed Entertainment Weekly during an interview that Cody "won by A LOT!" However, she didn't reveal any exact numbers or percentages.

Earlier: The show itself doesn't seem to have made this information public, which is not all that surprising. So it's difficult to give an exact figure on the voting numbers. However, Julie Chen did comment that this was the largest number of votes to come in for AFH, so the country was definitely invested in the outcome. But did Cody win by a landslide or was he neck and neck with Jason and/or Kevin — the other two top contenders? Though this is an unofficial poll, the BigBrotherNetwork website allowed readers to select who they thought should win the highly coveted $25,000 prize. Now that the poll has closed, the results can be found at the bottom of the page.

Again, since this wasn't an official poll it's not an accurate representation to the amount of people who voted in the real poll, but it's definitely a good indicator of where America's collective head was at. And judging from these results, Cody's win was basically all but a guarantee.

The BigBrotherNetwork poll had Cody with 37.94 percent of the votes with Kevin coming up behind him with 17.2 percent. That's a huge gap between first and second place, so I doubt there was anything anyone else could've done to change the results. America wanted to see Cody win something, perhaps as a consolation prize for getting treated so poorly inside the Big Brother house.

But that's kind of the hilarious part of it all. Cody was not on this show to make friends and yet he somehow gained the friendship of the majority of viewers. Usually, AFH is given to someone who is known for being the comedian of the group like James Huling from BB17 and BB18, but considering BB19 has been a perplexing season, I suppose none of us should really be all that surprised that the least known prankster of the house was chosen. (Don't get me wrong, Cody was hilarious in his own way, given his sheer lack of interest in everyone in the house other than Jessica. He just wasn't trying to be funny.) Cody didn't expect to win anything, which is kinda what made this victory for him even more special.

Another interesting aspect to the finale was the fact that Cody ended up being the deciding vote to determine whether Paul or Josh would win. The two competitors were tied with four votes each, which made Cody's vote a pivotal part of the game. And almost as a way of paying Paul back for turning the entire house against him right from the start, Cody opted to pick Josh, crowning him the winner of $500,000. Cody and Josh weren't friends by any means, but Josh at least made his confrontations with people known, whereas Paul was more of a snake in the grass.

Truthfully, I'm glad this season is over since I was getting tired of watching Paul manipulate everyone, but I am definitely going to miss Cody's dry humor and off-handed comments. Please never change, my friend. Now go out there and enjoy that well-deserved money!