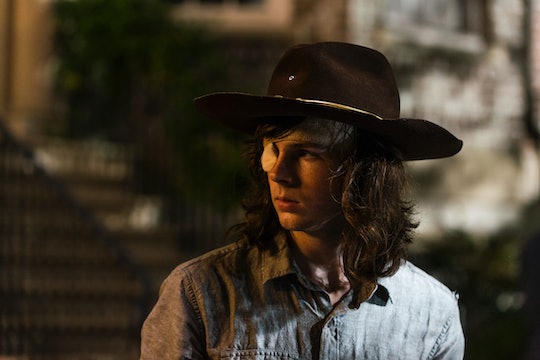 'The Walking Dead' Comics Could Continue For A While

There's no end in sight for AMC's The Walking Dead. The ninth season will premiere on Oct. 7, and it might continue on after that, too. But what about the source material that inspired it? The Walking Dead was based on the comic series of the same name by Robert Kirkman, which has been producing new issues for as long as the show has been on the air. So how many Walking Dead comics are left?

Much like the live action series it spawned, The Walking Dead comics appear to have endless material to mine. The comics are ongoing, with no final issue announced or final release date confirmed. Robert Kirkman has been writing The Walking Dead for 15 years and is up to Issue #184, so he's clearly not short on ideas. But he also has plans for how the whole thing will conclude. At San Diego Comic Con, he said, "I think about two or three years ago, I had a pretty good idea for a definitive ending. I have known that since then and been working towards that, so I know exactly where I'm going and what's going to happen when I get there."

Kirkman declined to reveal what the ending would be or when exactly it would come, only saying it was "a very long way off." It could be years from now. He may have a plan, but the steps remain a mystery to his readers.

According to the AV Club, Kirkman mentioned that there was an opportunity for the comics to end earlier, but there was "all kinds of cool stuff I wanted to do," so he decided to keep going instead. However, he also discussed how difficult it could be to continue producing new content so regularly, saying, "To be able to top yourself, and keep things fresh, and keep things interesting… It gets harder and harder and harder as you go."

While Kirkman is playing his cards close to the vest when it comes to the comics' finale, he has let a detail or two slip out about future storylines. While protagonist Rick Grimes is currently still alive in the comics, that might not be true forever. ComicBook.com reported that at San Diego Comic Con, Kirkman also said:

I've said before, Rick does not survive to the end. It was years ago so you guys probably forgot, but I foresee there being more story after his eventual demise.

That doesn't provide a more helpful timeline about the comics' eventual end, but proves Kirkman is as dedicated as ever to the idea that no character is safe in The Walking Dead. Rick has survived a lot, but it seems he won't survive forever.

Zombie fans can rest assured that no matter the medium, whether it's comics or TV, The Walking Dead will be around for years to come. The events of the end may be uncertain right now, and it will be undeniably sad when it comes, but it doesn't look like it will be happening for a while.