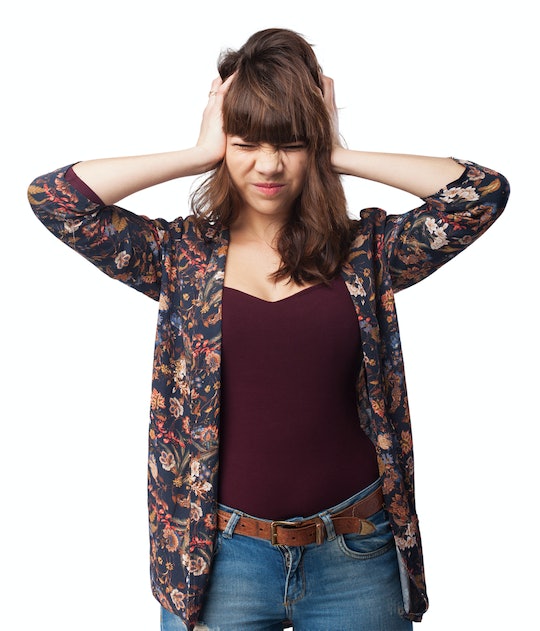 How Many Women Suffer From Anxiety Today Compared To The Past? The Rates Keep Climbing

Over the last century, the rate of depression and anxiety in the general population appears to have been on a steady, upward climb. Some wonder if it's just that these conditions are being more accurately diagnosed, but many psychologists believe that people today, especially young people, are actually more anxious and depressed than their parents and grandparents. This might be especially true among women, who are twice as likely to be diagnosed with an anxiety disorder than men. How many women suffer from anxiety today compared to the past?

Scientists have long known that certain differences in brain chemistry seem to predispose women to more psychiatric conditions than men; but it is also often the case that men are afraid to seek treatment for anxiety or depression due to cultural stigma that they're being "wimps" if they do so, so it may be that the true prevalence of anxiety in both genders may be similar. But it is true, especially in the case of anxiety, that hormones biologically specific to women — estrogen and progesterone — give them a heightened "flight or fight" response, which can ultimately lead to symptoms of anxiety, or even full-blown anxiety disorders.

People have been suffering from anxiety throughout human history, but it wasn't always called anxiety, and the cause of anxiety shifted over time, too. In 1866, a man named Bénédict-Augustin Morel said that anxiety came from dysfunction of the autonomic nervous system (the part of your brain that makes you breath without you having to consciously think about it). Sigmund Freud believed anxiety occurred because a person's brain anticipates a lot of unpleasantness coming from a situation and their brain overreacts and tries to protect itself. Other psychiatrists from throughout history have proposed many theories about where anxiety originates from, but over the years, they have struggled to figure out why people, especially women, are becoming more anxious.

Of course, looking at how these rates have changed over time is tricky, because what was meant by "anxiety" in the early 1900s is not the same as what we know "anxiety" to mean today. What researchers have done instead is look at a specific set of symptoms over time, such as insomnia or having trouble concentrating.

One study, called the Minnesota Multiphasic Personality Inventory (MMPI), has been administered to high school and college-aged students in the U.S. since the 1930s. In 2009, when a group looked at the data collected from the inventory, they began to see a very clear upward trend in symptoms.

But another set of data, collected from the 1970s to the present, showed another interesting trend: in their data, there was a period of time in the early 1990s where reports of symptoms associated with anxiety seemed to plateau. Researchers tried to figure out why, and realized that the late 1980s and early 1990s was when the first antidepressant medications became available.

Several researchers at the University of Cambridge analyzed data from decades-long research and found that women and those under the age of 35 are the most likely to have anxiety disorders; particularly if they are from North America and Europe. In North America alone, 8 out of every 100 people suffers from anxiety. The study also found a strong correlation between anxiety and suffering from another medical condition, such as heart disease.

The review of the literature also formed the foundation for an interesting theory on why women seem to suffer anxiety more frequently: researchers supposed that women simply have more to worry about than men. Childcare, the wage gap, not getting enough sleep, and being better able to multi-task, combined with hormonal fluctuations, might all contribute to a woman's stress levels — which can cascade into full-blown anxiety.

An interesting study from the UK showed that, between 1998 and 2008, even though doctors were diagnosing anxiety disorders less often, the symptoms of anxiety within the population were actually increasing. Did that mean that doctors were shying away from diagnosing their patients with anxiety? Were patients not being forthcoming about the anxiety they were experiencing? It's likely both. Still, 40 million Americans are affected by anxiety disorders each year, so we know it isn't exactly a rare occurrence.

Anxiety disorders are also quite diverse. Technically speaking, a fear of spiders is an anxiety disorder. So too is something like Post Traumatic Stress Disorder, which can occur in people who have experienced severe trauma, such as soldiers in combat zones. Diagnosing and treating anxiety disorders requires the work of doctors and psychiatrists who are familiar with how each condition presents itself and what methods of treatment (such as therapy and medication) are likely to work well for their patient to help them cope.

If a person has an anxiety disorder, it's also likely that they will have more than one throughout their lives — sometimes at the same time. It's also not unusual for people to have anxiety and depression together, and often the symptoms overlap. Proper diagnosis and treatment is essential to helping anyone — man, woman or child — do and feel their best.