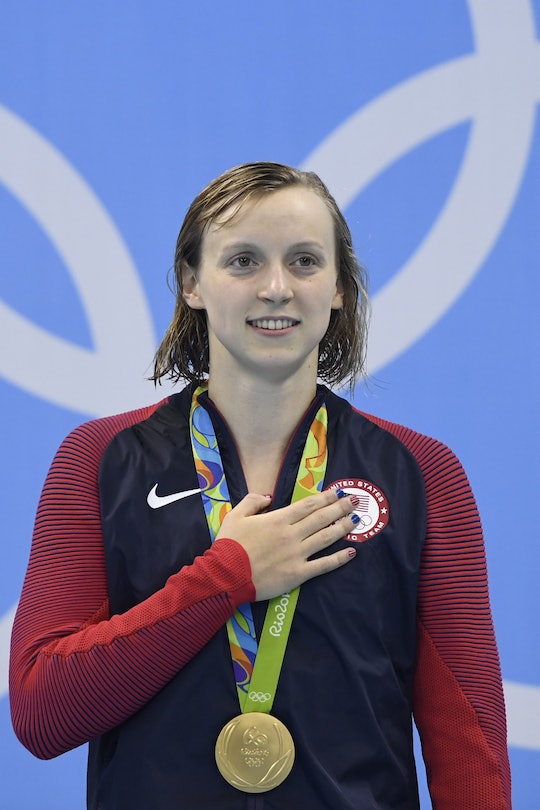 How Many World Records Has Katie Ledecky Broken So Far? It's Hard To Believe

Team USA swimmer Katie Ledecky has broken so many world records that it's difficult to count them, and that's not an exaggeration. Since the 19-year-old has smashed her own world record on multiple occasions, it's unclear whether to count those once, or twice, or even three times. (You count each one, turns out.) So how many world records has Ledecky broken so far? According to her Team USA biography, the answer is 12... and counting.

Ledecky entered the world stage with a splash (no pun intended) at the 2012 Summer Olympics in London, when she wowed the swimming world by winning gold in the 800-meter freestyle, besting the silver medalist by four seconds. “It’s one of the biggest shocks I’ve ever seen in the Olympics," USA Swimming National Team Director Frank Busch told The Washington Post after the race. "Stuff like this just doesn’t happen.”

Ledecky was only beginning to show the world that stuff like that does happen, at least when she's in the pool. After winning that gold medal in the 800-meter at the age of 15, she went on to break 11 world records between her 2012 Olympics debut and her appearance at the 2016 Rio Olympics. This weekend, that 11 became a 12 when she broke her own record in the 400-meter freestyle by almost two seconds. The feat won her a second Olympics gold.

The years between 2012 and 2016 comprised a series of unbelievable wins for Ledecky, who will begin matriculation at Stanford University in the fall. At the 2013 World Championships in Barcelona, she broke two world records, one for the 800-meter freestyle, the other for the 1500-meter. A year later, she broke her own record in both categories.

At the 2014 National Championships in Irvine, California, she broke the 400-meter freestyle world record, and then broke her own record later that same month at a competition in Australia. Currently, Ledecky holds the word record in three categories: the 800-meter, the 1500-meter, and the 400-meter, and has broken her own record enough times that the final tally is 12.

It's not the world records that are impressive so much as the chasmal extent to which she's put them out of everyone else's reach. Before Ledecky, the 1500-meter freestyle record was over 15 minutes, 36 seconds. Today, it's 15 minutes, 25 seconds: an astonishing nine-second jump. She has executed similar marvels in the 400- and 800-meter. When she stole the 400-meter world record from herself this weekend, The Washington Post observed, humorously,