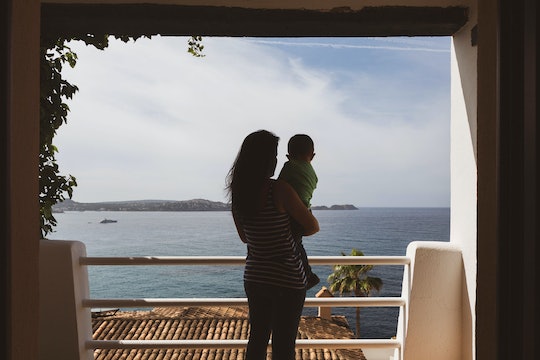 My Mother Died On My Daughter's Birthday

My daughter’s birthday is coming up. It means the usual planning and decision-making — who’s coming (school friends, neighborhood friends), where to host it (cat café, roller rink), what kind of cake (red velvet, chocolate). It’s her ninth birthday, which is special and joyful but not a big milestone like 10 or 16 or 1, and in many ways, after all these years, we have birthday planning down to a routine.

Last year, on my daughter’s birthday, my mother died of cancer. It happened on the day after Mother’s Day, which was the last day I saw her alive.

Yes, it sucks very much, thank you for asking.

And here it all comes around again, the first anniversary. My daughter knows her Grandma died last year around her birthday. But she doesn’t know it happened on her birthday, and I’m not sure when or if we’ll tell her. Kids are deep sea creatures: They live under pressure and in darkness. They don’t always understand why they do what they do. I don’t want my daughter to feel obligated to be mindful of me on a day when, let’s face it, only a real jerk of a mother would make it all about me.

Joy and suffering at the same time. That’s exactly what being a mother is all about.

It’s not about me. And yet it really, really, really is. It is at once the anniversary of the best day of my life and the worst day of my life. It’s going to be both of those things, every year, forever. The recognition of this fact makes me feel, among other things, a terrible sense of resignation, mixed with howling dread and loss: Every year on my daughter’s birthday there will be this bothness to deal with.

This isn’t about the great circle of life, beginnings and endings eating each other’s cosmic tails. It’s just a horrible, excruciating coincidence, less of a fateful clanging of bells than an accidental crash of organ keys. No one in their right mind wants to hang a unicorn piñata over a headstone.

There’s a kind of club I belong to. Its members are all people whose parents have died before they should have, and if you haven’t heard of this club then congratulations because nobody who’s in it wants to be. Another member of this club that everybody hates being in said to me recently, “You realize you’ve been trained for this, right? The bothness. It’s exactly what motherhood is. Joy and suffering at the same time. That’s exactly what being a mother is all about.”

There: A coping mechanism. You can deal with bothness like this because you’ve spent the last nine years doing it.

I have spent a lot of this past year, the first year without my mom, lost in time—it seems impossible that it’s been a full year since her death, because I am still as numb and stunned as I was the day it happened. The grief has not mellowed into something more manageable. My mother was one of the best, one of the good ones. I don’t want to think about what it means to live without her, and so, during this first year, I simply haven’t.

Of course time has continued to pass, of course the sun has continued to rise and set, of course it has, of course. And if I needed any further reminder of that simple, unacceptable, beautiful fact—look, there she is: my daughter, who will turn nine on the same day my mother died, and who is so funny and creative and thoughtful, and growing more so by the hour. And look, here it is, swinging its way around to me on the calendar: The anniversary of the bothness.

I’m aware that the observance of this anniversary feels forced, constructed, like Mother’s Day itself.

Because — and this is comforting, in its own weird way — time doesn’t really exist. We have clocks and calendars and anniversaries and days of the week, but none of those have anything to do with time. Months, years, hours, holidays: These are all human inventions. We created them because we decided that we needed to know when we were supposed to show up to places, like work, or school, or a funeral, or a birthday party. Or brunch.

But to anything that just is (rock, water), there’s no such thing as a year. Time is one of those things: It just is. Death is one of those things, too. And as far as death is concerned, the notion of a one-year anniversary is a comical, insane contrivance. One year? That’s nothing compared to how long she’s going to be gone. She’s gone now, and she will be gone for as long as the world continues to exist, forever, for all time. Long past when you, or your daughter, or anyone else who loved her stops feeling the effects of time or death. Or anything else. (When I imagine Death’s voice, it’s like this: Urgent and obvious, with no idea how inappropriate and cruel it’s being.)

The year that just passed is an impossible-to-grasp contradiction, but only to me.

The universe is indifferent to your suffering because it just is. But you, poor human, you can’t help but live in the universe. It’s the only place. And so you are both trapped in time and hopelessly out of time. Your experiences matter, but then also, they don’t — they really don’t. You are in a joy-and-anguish sandwich of bothness, you poor dear human who is just like me (whether you’re in the club or not), and you will be for as long as you know anything at all. Which as far as you’re concerned might as well be for all time.

Fortunately, if you happen to be a mother, you’ve trained for this.

A year is a meaningful unit of measure for a child. Partly because they’re creatures of habit, partly because they’re always getting nagged about being slow or running late, partly just because they’ve had so little of time yet, time matters a lot to kids. That’s why, out of all the artificial anniversaries and made-up observances of time that dot the calendar, it is right to celebrate kids’ birthdays. It honors the fact that the passage of time, for them, is still so full of mystery and transformation. My daughter’s birthday is just a day, but it’s a worthwhile excuse to celebrate her and how much she has changed in a year. It may feel impossible to celebrate the passage of this year — the first year, the worst year — but because my daughter is so important to me, I want to.

The passage of time seems bitter and hard, but only to me. The year that just passed is an impossible-to-grasp contradiction, but only to me. Not to my mother, who is beyond time. And not to my daughter, either: To an about-to-be 9-year-old, a year is a road crossed and a challenge met, and a chance to acknowledge that things change, and cake is delicious, and sweetness exists.

I can show up for my daughter on time (rock, water), or at least I can try (brunch, lilacs). School and neighborhood friends. Cat café. Red velvet.

More Like This
Longing To Be Mothered In A New Country
These Stepmother's Day Instagram Captions Are Straight From The Heart
Stepmom Quotes & Sayings For Every Occasion
Celebrating Your First Mother's Day? These Quotes Say It All