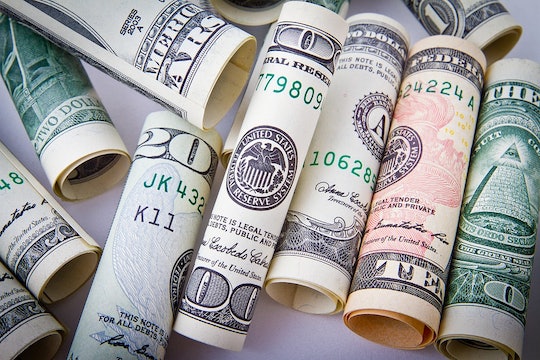 The Hefty Price Tag Parents Pay For Their Kid's Education

It might not come as a shock to most, but your jaw might hit the floor when you see exactly how much American parents spend on their kid's education. From primary school to the end of their of undergraduate studies, the cost of education in the United States isn’t necessarily cheap. How much? Finance experts say that the average price tag on an American child’s overall education costs their parents $58,464.

While American parents are some of the top spenders in education, they’re not paying nearly as much as those in Hong Kong — $132,161 — and the United Arab Emirates — $99,378 — according to a new report from HSBC. However, Americans are spending thousands more on their kids’ schooling than the global average of $44,221.

On the other side of the spectrum, parents in France pay just $16,708 for their child’s entire course of education. And just across the borders, Canadian parents fork over $22,602 and Mexican parents shell out a bit more with an average of $22,812.

HSBC came to these findings after surveying nearly 8,500 parents from 15 countries and territories around the world who had at least one child who was 23 years old or younger currently attending school. The results included the costs of school fees and university tuition as well as educational books, transport, and accommodation.

The HSBC report also found that the overwhelming majority of parents will do whatever it takes to ensure their child succeeds. And these percentages prove it:

"In today’s highly competitive global job market, education for young people has never been more important," Charlie Nunn, HSBC’s Group Head of Wealth Management, said in a press release. "Parents across the world appreciate this and are willing to invest time and money to help their children get the best start in life... From forfeiting ‘me time’ to giving up hobbies or reducing leisure activities, parents are going the extra mile to help their child succeed."

Factors like sending kids to publicly-funded schools or private schools can certainly fluctuate these averages and overall costs of a child's education. For instance, in-state public universities in the United States can cost $20,090 a year while a private school can cost an average $45,370 per year, according to Top Universities.

While these numbers might startle new parents, finance experts advise coming up with a plan and saving from the moment their child is born until they head off to college, according to MarketWatch. With advanced planning and plenty of funds saved, hopefully parents won't feel too strained when it's time to hand over a big check.