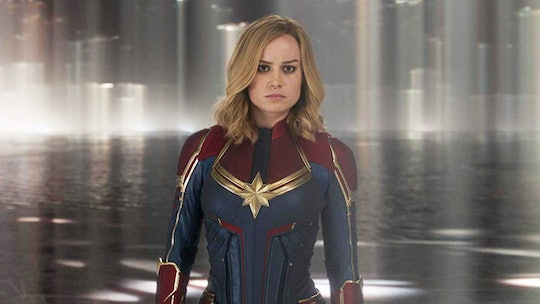 Here's Exactly What Disney+ Will Cost You Each Month

Disney has finally revealed some exciting details about its new streaming service, Disney Plus, which will give users access to shows and movies from Disney, Pixar, Marvel Studios, National Geographic, and more. Understandably, parents and Disney fans alike need all the details, and if you're wondering how much Disney Plus will cost, you'll probably be delighted to hear its totally affordable price tag, along with everything else there is to know.

Bob Iger, chairman-CEO of The Walk Disney Company, called Disney Plus "a bold step forward in an exciting new era," as stated in a press release from the company. Iger added that he's hopeful about the success of Disney Plus, noting "the combination of our unrivaled storytelling, beloved brands, iconic franchises, and cutting-edge technology" were sure to make the service a home run.

But what is it going to cost subscribers each month? Thankfully, not that much.

Disney's been dominating the TV and movie market for years, and now they are coming for the streaming title hard.

Some key details about Disney Plus were shared on Twitter as well. In a series of tweets, the company revealed that Disney Plus users will be able to customize their accounts with characters from its extensive library. The streaming service will also allow users to download content to view offline, which a lot of other streaming services, like Hulu, don't offer.

Disney Plus subscribers will be able to access the streaming service on Apple devices (including iPhone, iPad, iPod touch and Apple TV), as well as Google (Android phones, TV devices, and) Chromecast, Microsoft (Xbox One), Sony (PlayStation4 and Android-based Sony TVs), and Roku.

On Aug. 19, Disney Plus announced that one week after it's North American launch date, which is Nov. 12, it will be launching internationally. Starting Nov. 19, Disney Plus will be available in Australia and New Zealand.

Other films and shows set to be featured on Disney Plus include:

Disney Plus will also feature a slew of Disney shorts, like Forky Asks a Question, and Lamp Life. Subscribers will have access to 250 hours of content from National Geographic as well, according to a tweet from the company.

There will also be the option to bundle Disney Plus with Hulu and ESPN Plus for just $12.99/month. If you do the math ($6.99 + $5.99), you'll find that the bundle is basically giving you ESPN Plus for free — if you're into sports and whatnot.

As previously mentioned. Disney Plus will be available in North America starting on Nov. 12 for just $6.99/month.

More Like This
13 Going on 30 Is Just As Sweet & Funny As You Remember — And Kids Will Love It Too
Here's Why 'Mean Girls' Is A Fetch Movie Choice For Families With Teens
'Clueless' Is, Like, Totally Still A Good Teen Movie In 2022
'Hocus Pocus 2' Officially Has A Release Date To Look Forward To

This article was originally published on April 12, 2019