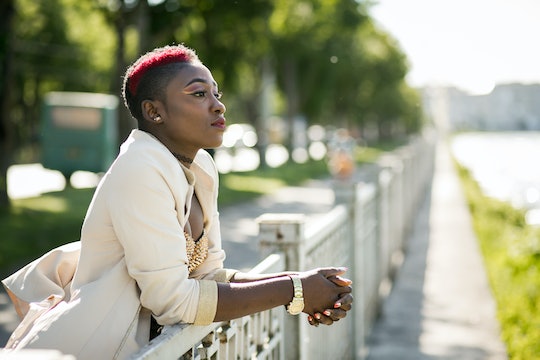 How Much Does Freezing Your Eggs Cost? It Buys You Time, But At A High Cost

For many women, getting pregnant isn't as simple as sperm meets egg. Even deciding when to have a baby can be complicated, especially since biology gives you a deadline. If you've ever thought about extending that deadline with some professional help, the cost of freezing your eggs might make your eyes pop.

The price of egg freezing can vary based on where you live, but you're pretty much guaranteed to spend well into five figures. On average, a patient will shell out between $15,000 and $20,000 per egg freezing cycle, according to FertilityIQ. The egg freezing itself costs about $11,000, but that's just one component of the cost. You'll also need to pay for hormone treatments leading up to harvesting, which Extend Fertility noted can run up to $5000. Then there's the storage cost, which likely cost a couple grand up front and a couple hundred bucks or so a year going forward (because you can't exactly pop them in your freezer). Many patients will do more than one cycle, which shoots the cost up even higher. When you're ready to use them, you'll need to pay for in-vitro fertilization (IVF) treatment someday, too.

Insurance doesn't typically cover egg freezing, according to Shady Grove Fertility, so you'll most likely have to shoulder the majority of the cost yourself. Some insurance companies will cover initial testing and consultation, though, so you'll get a little help as you're deciding whether the procedure makes sense for you or not. If you work at a major company like Apple, Google, of Facebook, you might have better luck getting it covered — Business Insider reported that tech companies were among the first to offer egg freezing coverage as an employee benefit.

There are a few different reasons why a woman might look into freezing her eggs. Fertility begins to decline once you hit your 30s, according to the American College of Obstetrics and Gynecologists (ACOG), so egg freezing is sometimes pursued by younger women who aren't sure when they'll be ready to get pregnant. It's also a good option for women who are battling cancer, not only when the cancer has struck somewhere in the reproductive system, but also because undergoing cancer treatments can trigger early menopause and shorten a woman's childbearing years, according to the American Cancer Society.

Egg freezing can also help transgender people who might want to have biological children someday keep their future options open. Vice reported on the story of one teenager who opted to freeze their eggs because testosterone, which is injected while transitioning, can stop egg production.

If egg freezing is something that you're interested in but you have no idea how you'd pay for such a massive expense, there are a few options that can help. CNBC detailed how the fertility startup Kindbody offers zero interest loans to those looking to freeze their eggs. Women's Health also noted that if you're willing to donate some of your eggs as you freeze yours, you could reduce or even eliminate the price. Your donated eggs could then help someone else become a parent.

Egg freezing may not come cheaply, but the potential end result — a child who may or may not have ever been conceived otherwise — can be absolutely priceless.