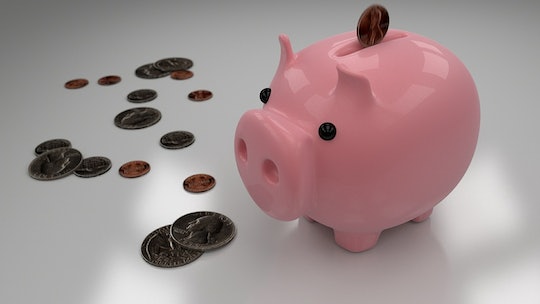 How Much Having A Baby Costs, Year By Year

It's important to do your research before making a major purchase such as a house, a car, or even a vacuum, and a child is no different. Well, you're not buying the kid (I hope), but you'll need to buy a lot of other things as a result. So how much does having a baby cost, year by year? Do kids get cheaper or more expensive as they age? You might be surprised by the results. Before a baby's even born, parents spend thousands of dollars on them. According to Parenting, new parents typically spend nearly $6,000 on baby accoutrements like clothing, furniture, car seats, and the like. Childbirth costs another $10,000 to $12,000, and that's without complications.

But let's assume that you have stellar insurance and were absolutely spoiled at your baby shower, and your baby comes into this world in the black. Every family is different, so if you live rent-free with your parents, who watch the baby while you make your own baby food and hand wash your cloth diapers, obviously some of these figures won't apply to you. But according to the U.S. Department of Agriculture's most recent Expenditures on Children by Families report, the average overall annual cost of raising a child is $12,350 and $13,900.

The USDA's estimate is based on data collected from 2011 to 2015, and represents the cost for one child in a two-parent, two-child, middle-income family, so of course any deviation from the nuclear family model will have change those numbers. For example, a married couple with an annual income of less than $59,200 spends $9,330 to $9,980 per child, while those earning over $107,400 can spend as much as $23,380. And the more kids you have, the cheaper it gets, since things like housing, transportation, and toys are shared. But keep in mind that each one will eventually cost an additional $68,000 to $110,000 if they go to college.