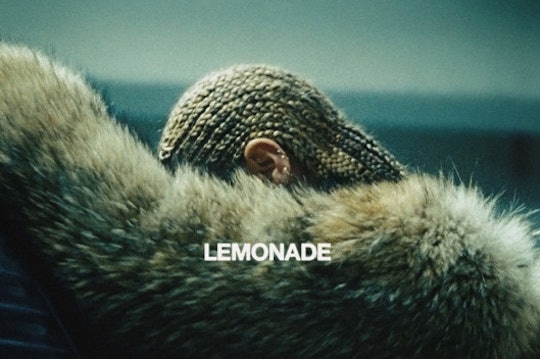 How Much Does It Cost To Buy Beyonce's 'Lemonade'? It's Worth The Price Tag

This past weekend was an explosion of all things Beyoncé and the world has still not yet recovered from the release of Lemonade. It was not just an album release but the unveiling of an artistic masterpiece by Queen Bey. After debuting in the form of a 1-hour special on HBO, Bey's new album began streaming on TIDAL late Saturday night. The streaming service, owned by the performer's husband Jay-Z, had exclusive rights to Lemonade for the first 24 hours after its release, meaning it couldn't be found anywhere else. The exclusive release of Beyoncé’s newest record helped boost TIDAL up 134 spots to the top of the iTunes app charts—thanks, in no small part, to the Beyhive. Finally the album is available to purchase for non-TIDAL users, praise Bey. So, how much does it cost to buy Beyoncé’s Lemonade and where can you find it?

Once only available to TIDAL subscribers, Yoncé fans can rest a little easier now that “Lemonade” is available to download on iTunes. As of April 25, you can buy Beyoncé’s newest album from Apple for $17.99 but, bear in mind, that relatively hefty price tag includes the 65-minute "Lemonade" visual-album that premiered on HBO. For members of the Beyhive, that steep price tag will be undoubtedly worth it in the long run. It is especially worth it to those who don’t have HBO subscriptions (or a loved one’s HBOGo password) who missed film’s initial screening, because the film has officially been stripped from HBO’s library. (You can only stream the visual-album online on TIDAL or purchase it on iTunes.)

In fact, neither the songs nor the video from Lemonade are available to stream, for free or as a paid subscription, anywhere except TIDAL. A company spokesperson told The New York Times that the music app would have exclusive streaming rights to the album “in perpetuity.” The main issue with exclusive streaming contracts like this is that record companies run the risk of driving consumers to piracy websites. Despite only being on the site for 24 hours, for example, Lemonade is already topping piracy charts on two popular torrents sites, Kick Ass Torrents and The Pirate Bay.

For those interested in watching the film and listening to the album digitally, without going through iTunes, you can sign up for TIDAL. A subscription to the streaming service costs either $9.99 or $19.99—each level has same content but the higher price has “the added benefit of high-fidelity sound,” according to the website. If you are a student, you can get 50 percent off your subscription with a verified university email address; TIDAL also offers a military discount.

Also, you didn't hear it from me, but TIDAL has a 30-day free trial so you could theoretically sign up using a credit card, listen to the songs, watch the film, and cancel your subscription before your 30 days are up. This is a good route for those who want to see if they like the album before they chip in the nearly $20 to buy it on iTunes—or those who want to listen to the record and watch the video once but don’t see themselves returning to it religiously.

For those stuck in the analog days, you can pre-order Lemonade on Amazon as a CD/DVD set that includes the visual-album and Mp3 for $17. Amazon is offering an explicit and clean version of Lemonade for those looking for some carpool-friendly jams.

Whichever way you get it, Lemonade is a must-listen for music lovers and Beyoncé devotees alike! While we're waiting for you to get your credit card, get your Lemonade fix with the music video for the album's first single: "Formation."