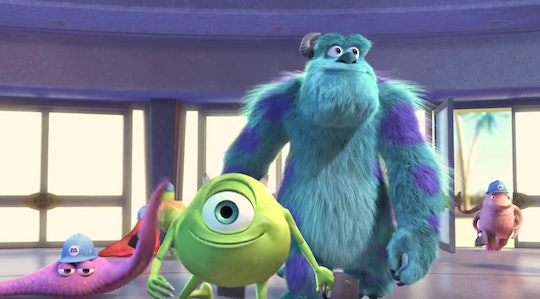 Everything You Need To Know About The Cost Of Disney's Streaming Service, Disney+

In just a few short months, Disney will officially be launching its brand new streaming service — Disney+. Between the classic movies and adored TV shows, families are undoubtedly excited for all of the content it will feature. But many will also likely want to know how much Disney+ will cost them before adding another streaming service into the mix. And, fortunately, a Disney+ subscription won't put a huge dent in your wallet.

When Disney+ debuts in November, subscribers have a few options they can choose from. First, you can subscribe to Disney+ for $6.99 a month, or you can pay for a full year outright for $69.99, as Polygon reported. Or, if you're interested in having a few streaming services, you can opt to do a bundle. According to TV Line, you can choose a subscription that includes to Disney+, Hulu (with ads) as well as ESPN+ for $12.99 a month. However, there is currently no option available for ad-free Hulu. As CNET notes, this bundle will save you $5 if you were to purchase all of these subscriptions separately.

When Disney+ launches on Nov. 12 in the United States, it will feature the classic Disney content people already know and love. In fact, Disney+ will include a whopping 300 movie titles at the launch (with 100 "recent" theatrical releases being added in the first year), according to CNET, as well as 7,500 episodes of TV from shows like Boy Meets World, Malcolm in the Middle, and That's So Raven.

Additionally, Disney+ will be the home for Marvel, Pixar, and Star Wars movies, as well as the Disney "classics" like Bambi and Lady and the Tramp. Other beloved films like High School Musical and The Princess Diaries will also be included in the subscription.

Now, if all of this doesn't already sound totally amazing to you, then the original content coming to Disney+ might just blow your mind. As Deadline reported, Disney+ has plans to reboot four different franchises for a "new generation" for the service. Family-friendly movies including Home Alone, Night At The Museum, Diary of a Wimpy Kid, and Cheaper By the Dozen are all expected to get reboots, or "re-imaginings," according to Collider. What's more, Lady and the Tramp will get a live-action, CGI update, following the success of remakes like The Jungle Book and The Lion King. There will also be brand new shows from Marvel and Pixar, including a Monsters, Inc.-inspired series, that will debut over the course of a few years, according to Tom's Guide.

It seems that the content on Disney+ will cater to people of all ages, making it extra useful in one household, and the costs aren't much different from what people currently pay for other streaming services. For example, a standard Netflix subscription, for example, costs $12.99 while a Hulu subscription with no ads costs $11.99.

Now that Disney fans officially know the cost and debut date for Disney+, all they have to do count down the days until Nov. 12.