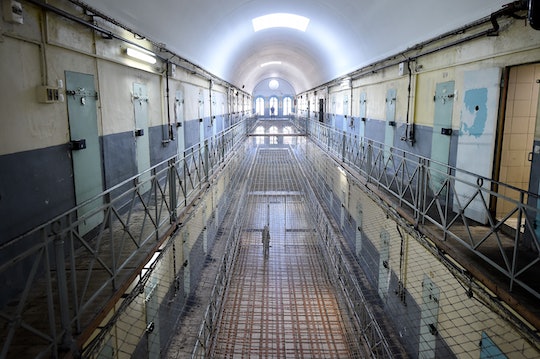 How Much Longer Will Brendan Dassey Stay In Prison? His Release Was Appealed

In August, U.S. Magistrate Judge William Duffin overturned Brendan Dassey's 2007 conviction of first-degree intentional homicide, second-degree sexual assault, and mutilation of a corpse in connection with the death of Theresa Halbach. On Wednesday morning, Duffin ordered Dassey to be released from prison no later than Friday at 8 p.m., but on Thursday, local CBS affiliate WSAW reported that Wisconsin Attorney General Brad Schimel had filed an emergency motion in the U.S. Court of Appeals and was granted a stay of the release order, meaning that Brendan Dassey will stay in prison for the foreseeable future.

Dassey originally confessed to sexually assaulting Halbach and helping his uncle, Steven Avery, murder her in 2005, when Dassey was just 16 years old. But many viewers of the Netflix docu-series Making a Murderer, which chronicled the case, believed that Dassey was railroaded into a false confession. Dassey was questioned by police without a parent or attorney present, and some point to his reportedly low I.Q. as the reason why he might have been eager to tell investigators what they wanted to hear. Avery, who served 18 years for rape on previous wrongful conviction, has mounted his own appeal. Both men maintain that they are innocent.

When overturning Dassey's conviction, Duffin referred to the confession as "the entirety of the case against him" and "so clearly involuntary in a constitutional sense that the court of appeals' decision to the contrary was an unreasonable application of clearly established federal law," according to CNN. Prosecutors were given 90 days to mount a new trial against Dassey before his scheduled release, but have yet to do so. That case is now expected to be forthcoming.

In response to the ruling, Schimel stated in a news release obtained by Madison's Fox 6 that the decision to overturn Dassey's conviction "is wrong on the facts and wrong on the law. Two state courts carefully examined the evidence and properly concluded that Brendan Dassey’s confession to sexually assaulting and murdering Teresa Halbach with his uncle, Steven Avery, was voluntary, and the investigators did not use constitutionally impermissible tactics." Dassey's attorney and family have yet to respond to the new turn of events, but based on the history of the case, he's likely to fight back. Who knows, he may even still be holding out hope that he'll get out in time to attend Wrestlemania next April. E! Online reported in August that the Dassey family had been invited to the event by spokesman Alex Hawkins.