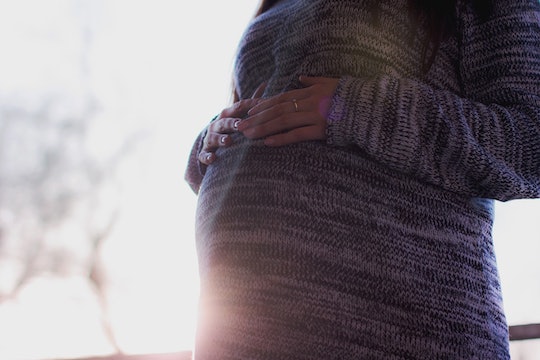 In the wee hours as Wednesday night turned into Thursday morning, while parents across the country caught a couple of hours of sleep or shot out of bed to feed a crying infant, the GOP-controlled Senate voted down proposed protections in the Affordable Care Act (Obamacare) for pre-existing conditions, including pregnancy. That's bad news for American women and their families, because it means your premiums are about to rise. How much more will insurance premiums be for pregnant women if Obamacare is repealed? We can look at the numbers from before the ACA was passed to get an idea of the financial fallout.

On Wednesday, New York Senator Kirsten Gillibrand pled with her colleagues from the Senate floor to protect American mothers by keeping Obamacare protections in place regarding pre-existing conditions, according to New York Magazine:

If my colleagues destroy the Affordable Care Act, it will have real, direct, and painful consequences for millions of American women and their families.

They did anyway. And although President-elect Donald Trump tried to re-assure Americans a replacement for Obamacare will happen "within a week—or possibly an hour" of the law's repeal, according to USA Today, there are scant details available about what the replacement will look like.

"Republicans are having a great deal of difficulty agreeing on a replacement for the Affordable Care Act," John Goodman, a health care economist who worked on one of the Republican plans said, according to USA Today.

All Americans do really know about Republican plans, based on the recent Senate vote, is that the pre-existing condition protection included in the law, which makes maternity care one of the law's list of 10 "essential health benefits," will go away, according to HealthInsurance.org. But besides guaranteeing women have access to maternity care without high costs (since, you know, having a baby is already pretty damn expensive), Obamacare made it illegal for insurance companies to charge women more than men for the same coverage.

According to the National Women's Law Center, it's a practice called "Gender Rating," which means charging women more for the same health insurance coverage simply because they're women and because they have the potential to get pregnant (even if they have no plans to get pregnant). Before Obamacare was passed, NWLC said, 92 percent of the country's top-selling plans charged women more than men, and only 3 percent of those plans covered maternity services for women.

And while the actual premium figures vary widely from state-to-state, plan-to-plan, and woman-to-woman, the NWLC's data shows what it looked like before the ACA was passed, and it's a startling picture. One insurance provider charged a 40-year-old woman on average 20 percent more than men of the same age, while another charged 50 percent more, according to the NWLC. In total, the NWLC found gender rating overall cost American women more than $1 billion per year.

The repeal of Obamacare without a replacement that treats women and mothers equitably to men in the insurance market will function as a de facto tax on every American with the misfortune of being born with a uterus, to the tune or more than $ 1 billion a year, using history as a guide. It's important for every woman to pay attention as the health debate continues in Congress and to hold their elected officials accountable. Your budget — and maybe your life — depends on it.