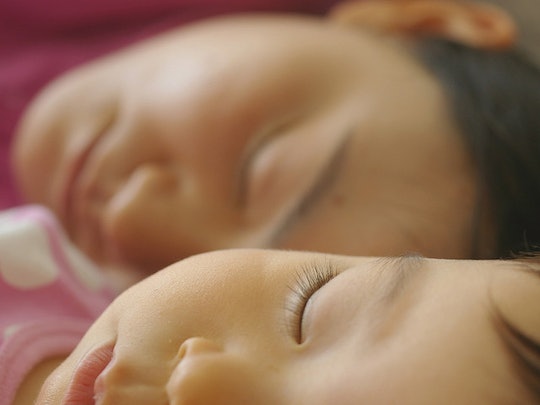 How Much Sleep Do Parents Actually Need Every Night?

Before having kids you probably ignored those words of wisdom that you should "sleep now because you won't sleep when the baby comes." And when that baby came, they were right. Even if you are passed those long nights of constant crib-side-service for your baby, why are you still so tired? What you consider a full night's sleep, might not be enough. So how much sleep should a parent actually get each night? This answer will probably surprise you.

According to the National Sleep Foundation, adults should be getting seven to nine hours of sleep each night. If you can't stay asleep for a full seven to nine hours, the Foundation recommends you get no less than six hours a night. As Health Day notes, anything below six hours of sleep is considered a "sleep debt." Over time, racking up "sleep debt" can wreak havoc on your health. So if you're not taking care of yourself by getting enough sleep, you won't be able to take care of anyone.

For parents with young kids, getting that much sleep seems almost impossible. A 2010 survey from Silentnight revealed that parents lose an average of six months of sleep during the first two years of their child's life, and that more than 60 percent of those parents get no more than three and a quarter hours of sleep each night. That's a far cry from the recommended amount.

Tonight after your kids are in bed, do yourself a favor. Forget those dirty dishes. Don't try to catch up on your favorite TV shows. Head to bed early so you can find out what sleeping like a baby really feels like.