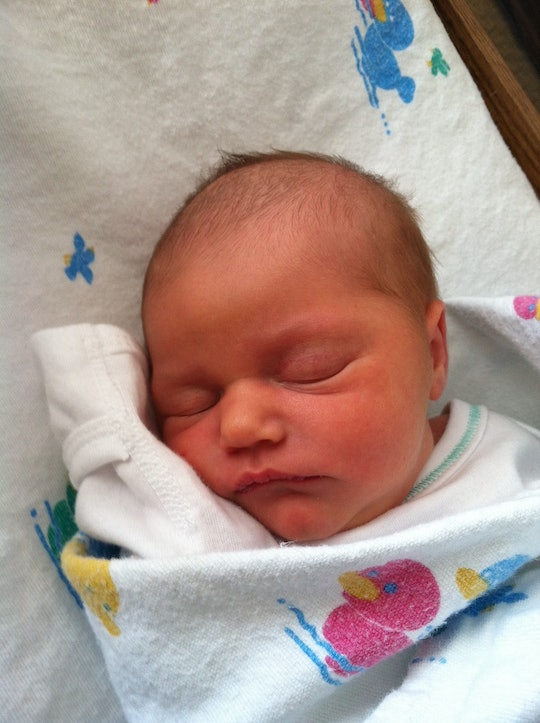 My daughter was born four weeks early. She was considered preterm, but didn't require a visit the NICU. On the first night, she fell asleep after nursing and my husband and I took the opportunity to also get a few minutes of rest. What a surprise when five hours later, we were woken, not by our hungry baby, but by a nurse letting us know the pediatrician was on his way. I frantically checked the baby and she was breathing, still sound asleep. It didn't occur to me to wonder "how much sleep is too much sleep for a baby?"

"We're so lucky," I thought, "I just delivered a baby who sleeps through the night from birth." Yes, I will admit that in my exhausted, semi-conscious state, my common sense wasn't exactly kicking in. Of course, it isn't normal for a one-day-old baby to sleep that long. I should have known this. I'd read all the books, gone to all the classes, and this wasn't my first child.

When the doctor walked in and I told him how long our daughter had been asleep, he immediately asked me to wake her up and feed her, otherwise a nurse would have to come in and take her to check her blood sugar levels.

I didn't know this at the time but, newborns, especially pre-term babies are susceptible to hypoglycemia, and excessive sleepiness is one of the symptoms, according to Baby Center. The baby's blood sugar will go up after feeding and dip as the next feeding approaches. The longer your baby sleeps the lower his blood sugar can go. Dr. Sears warned that untreated low blood sugar in a baby can result in brain damage.

Although newborns typically sleep 16 to 17 hours per day, according to Baby Center, the Cleveland Clinic noted that babies should not sleep more than five hours in a row for the first five to six weeks, and ideally should be fed every three to four hours.

As a baby gets older, sleeping patterns will change. By six months, a baby can sleep five or more hours without the need to feed, according to the Cleveland Clinic. This is the earliest they should start sleeping through the night. The Baby Sleep Site noted that at six months or older, babies should no longer be sleeping like newborns (only awake during the day for an hour or so at a time.) This can signal a medical condition and warrants a visit to the doctor. Precious Little Sleep concurred noting that celiac disease and sleep apnea can cause excessive sleepiness in a baby.

By nine months, babies should be sleeping about 12 to 14 hours total, with 10 to 12 of those hours being during the night and one to two naps during the day lasting one to two hours. This pattern should continue until the child is about three years old. Precious Little Sleep has a handy sleep chart you can download for reference.