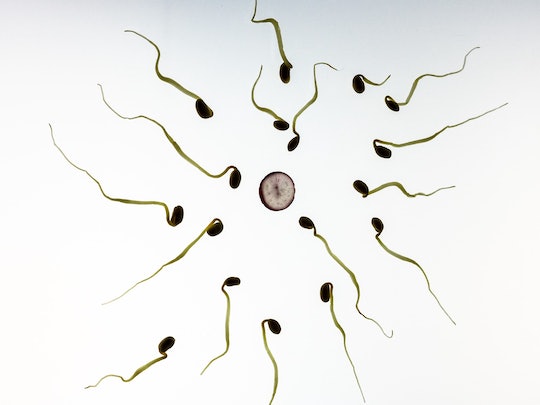 How Much Sperm Is Needed To Fertilize An Egg? Fewer Than You Might Think

The answer is quite simple: according to Dr. Charles Lindemenn of Oakland University, it takes just one sperm to fertilize a woman's egg. The next question is, if it only takes one sperm to fertilize an egg, then why do men release millions of sperm upon ejaculation? This is because, for every sperm that completes the trip to the egg, there are millions that don't survive the trip.

Healthy sperm cells contain enzymes that help break down this barrier. It usually takes many sperm to break down the corona radiata in order to let one sperm get through to the egg. According to WebMD, this is nature's way of making sure that only the healthiest sperm fertilize a woman's egg, to give the best chance of a healthy pregnancy and baby.

Lindemenn goes on to explain that men whose concentration of sperm is below 20 million are generally considered less fertile, because of the small fraction of sperm that actually complete the trip from ejaculation to the egg. The number of sperm that successfully arrive at the egg is actually very small, according to Lindemenn. So even though it takes just one sperm to fertilize an egg, it often takes millions of them to complete the entire process.