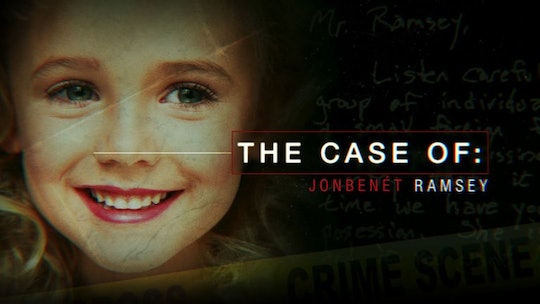 How Much Was The Ransom Demand In The JonBenet Ramsey Case? It Demanded A Specific Sum

Twenty years later and there are still so many unanswered questions surrounding an unsolved murder case that gripped a nation. There have been no concrete answers given or convictions made, only more open-ended inquiries that linger about the day after Christmas in 1996, when 6-year-old JonBenét Ramsey was found beaten and strangled to death in the basement of her family’s Boulder, Colorado home. The case remains almost as mysterious today as it did two decades ago and to help solve the case once and fall, on Sept. 18 CBS will unveil a three-part docu-series The Case of: JonBenét Ramsey. Before getting into the series, some might be looking to get up to speed on some of the key pieces of evidence involved in the crime, such as the handwritten ransom note JonBenét’s mother, Patsy, found in their home. Many parts of the letter had been deemed suspicious by investigators, including how much the ransom demand was for JonBenét Ramsey. The note demanded a very specific and large sum of money for the safe return of the 6-year-old child beauty queen.

The CBS series will bring back the original investigators of the infamous crime with new experts to re-examine the unsolved case and promises to "re-explore every angle," including the many bizarre aspects of letter and why $118,000 was demanded to delivered to JonBenét’s captors in a very specific way.

This amount is very unusual and precise. Many wonder why the price tag was put at exactly $118,000, not $120,00 or even a higher figure like $500,000. But, there is something significant about the figure. It's been reported that John Ramsey, JonBenét’s father, received a bonus that year of $118,000. The killer, whoever it may be, had a set figure on their mind with a strict set of instructions on how to deliver the funds as well.

Make sure that you bring an adequate size attaché to the bank. When you get home you will put the money in a brown paper bag. I will call you between 8 and 10 am tomorrow to instruct you on delivery. The delivery will be exhausting so I advise you to be rested. If we monitor you getting the money early, we might call you early to arrange an earlier delivery of the money and hence a earlier pick-up of your daughter. Any deviation of my instructions will result in the immediate execution of your daughter.

The case remains an unsolved mystery and has been widely investigated by law officials, the media, and even crime-solving aficionados. While there are many theories about the circumstances around the horrifying murder, the CBS series will hopefully provide some much needed answers.