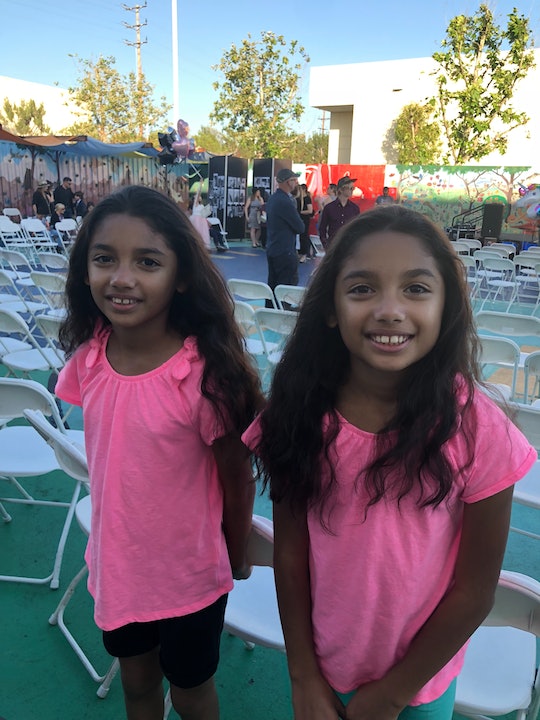 How much do families spend birthday parties? This Californian family had double the cost for the birthday of their 9-year-old twins.

In the past, we have been known for over-blowing birthdays. Perhaps because both my husband and I didn't have extravagant birthdays in the past, growing up with parents who didn't make much money. Of course, it kept us humble, but in turn, as parents, we've overcompensated. As more children were added to the brood (four now, to be exact), we realized that we didn't want to spoil the kids. We started prioritizing more of what they needed, instead of just what they wanted, and only buying what they really, really wanted. We would only throw parties for them when they hit an age milestone (1, 5, 10, 13, 16, et cetera), and we started thinking more of them experience great moments, instead of just fawning over material items.

This year, the twins asked for outrageous things, like annual passes to Universal Studios and iPad Pros. That definitely was not going to happen! But we did find an awesome alternative that excited them, a membership to a children's museum they've been to once before. They loved the idea of being able to visit all summer while they are out of school. We didn't buy them the Nike Jordan's they asked for or even the expensive art markers they wanted, but we did get them the books and other art supplies that they needed/wanted.

GameStop $12 (Alice Angel plush from Bendy and the Ink Machine)

It's hard to buy toys for 9-year-olds who don't really play with toys, but still ask for toys! Luckily, we have little artists in our house. My good friend was nice enough to buy the twins each a huge box of art supplies that she got from Amazon. It included markers, color pencils, paints, pencils and even a table stand easel with a compartment to store paper. Both girls said it was their favorite present!

We always buy decorations from Party City, whether or not we have a party. We honestly hadn't had a birthday party for any of us in a few years, which the girls always seem okay with. We usually try to get a theme that they really like. Unfortunately this year, they weren't into Shopkins or really any other cutesy-wootsy toy that has a Party City theme. So at the last minute, (the day of their birthday while they were at school), we drove to the Walmart in Burbank and got a few more gifts and decided to just wing it with the decorations. We got plates with cupcakes on them which has a special meaning because the twins are planning to open their own cupcake shop together when they grow up.

Originally we were going to go to the Cheesecake Factory at The Grove for dinner. Once we told the twins we weren't sure we'd be able to afford it, they were fine with staying home to eat, so they could enjoy their birthday gifts. My future bakers and I decided to make homemade pizzas, using ingredients from Trader Joe's. They would help by putting on the toppings on their own pizzas.

The girls had been asking for cheesecake for a while, so I told them about the sampler cheesecake you can get from the grocery store that has different kinds in it. Since I'm the only vegan, I decided to participate with a vegan cheesecake by Daiya. I let everyone try a piece of mine, on top of their various pieces. The kinds included strawberry, wildberry and a double chocolate with chocolate chips on top. My vegan cheesecake was Key Lime and just as rich as dairy-based cheesecake! I made sure not to eat too much, though it was hard not to!

We didn't have a ton of money to spend, and we usually don't throw a party, living in a small apartment. The girls are usually happy with a small amount of presents, and then cake, candles and a yummy dinner. My girls are always so gracious and even got presents from my aunt who is visiting from Chicago. Since that day, they've spent a lot of time doing art with their brand new art supplies and reading the massive amount of books they got! And they couldn't be happier!

More Like This
The Morning Rush Is Parenting At Its Most Essential
24 Amazing Harry Potter Costumes For Fans Of All Ages
12 Helpful Tips For Hiking With Kids
Where To Buy School Uniforms, From Jumpers To Dress Socks