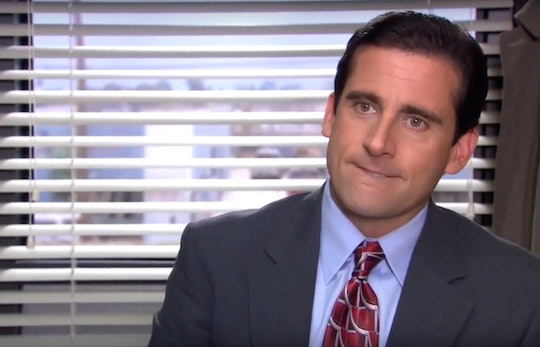 Though NBC has yet to share exactly how much the subscription will cost — that figure will reportedly become available closer to the service's release date, according to CNN — it's possible that Peacock will be somewhat in the range of other competing streaming services. For example, Disney+ just announced that its service will come at $7.99 per month, while Netflix has raised prices to $9 to $16 per month, depending on your package.

While you still have time to consider signing up for Peacock, a name presumably alluding to the shape of NBC's colorful logo, it might be helpful to know that some fan favorite network shows will be streaming once again come April 2020, according to CNBC. Peacock will initially offer over 15,000 hours of content, and has already paid $100 million just for The Office — Netflix's most streamed show — to be back on its own service. (The show aired on NBC for 10 years prior to being released to stream.)

The network said in a press release on Tuesday, according to The Verge, that the new streaming service will pay homage to "NBCUniversal’s rich legacy of creating beloved films, TV series, characters and franchises that have been at the epicenter of pop culture and will continue to define the future of entertainment."

Upon its launch in April, the service will initially offer a bunch of fan favorite shows, such as complete seasons of Parks and Recreation, Brooklyn Nine-Nine, Cheers, Downton Abbey, Everybody Loves Raymond, Friday Night Lights, and Frasier, according to The New York Times. Bonnie Hammer, chairwoman of the upcoming streaming service, told The New York Times that adding these beloved shows to Peacock's offerings is "the perfect nod to the legacy without being too on the nose... From my point of view, it screams that we are proud and we are bold."

NBC has already shared that Peacock will be "ad-supported" in terms of funding, according to Vulture, but there's also the possibility that anyone who subscribes to a cable package that includes NBC (or a virtual cable service such as YouTube TV or Hulu with Live TV) will be able to log on to the service for free, as some other competitors do. Though there will certainly be a separate subscription for those who do not already have NBC, it has not yet been shared whether or not an ad-free option will be available, such as YouTube does.

All in all, it seems that Peacock will be yet another great option to ensure you can watch all the shows you want, and less of the ones you don't.