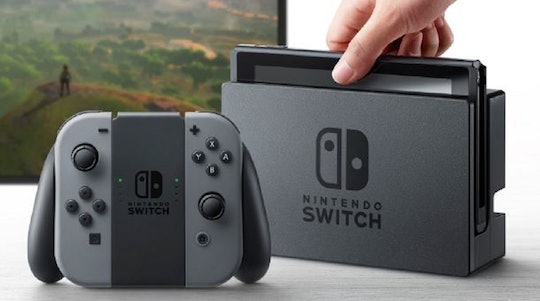 How Much Will The Nintendo Switch Cost? Expert Estimates Show You Should Start Saving

Nintendo has revealed it's latest gadget, the Switch, and based on early excitement about it's spring release, it's sure to be something gamers everywhere will want to get their hands on. How much will the Nintendo Switch Cost? Nintendo hasn't said, but that hasn't stopped industry watchers from making predictions.

“Nintendo Switch allows gamers the freedom to play however they like,” Reggie Fils-Aime, President and COO for Nintendo of America, said in a statement announcing the new console. “It gives game developers new abilities to bring their creative visions to life by opening up the concept of gaming without boundaries.”

The idea is that the switch combines a home gaming system and a handheld device into one convertible piece of hardware. Nintendo released a video showing the new Switch in action, allowing players to move seamlessly from their living room to anywhere else they could want to game — even with friends.

The Nintendo Switch, according to the video, will be available March 2017. But how much will the Switch cost? Nintendo hasn't confirmed the cost for the convertible console, according to TechRadar, but the credit-rating agency Macquarie predicts the Switch will retail between $300 and $350. But TechRadar pointed out this might be based on outdated information that easily could have changed.

Regardless, if you want to score a Switch of your own, start saving those pennies now. Check out the video of the Switch, which is sure to take the gaming world by storm.

Yes, thanks to the Switch, you never have to stop playing video games no matter what you have going on. For parents this could be a good or bad thing.

The Switch announcement is getting plenty of attention on Twitter. For some, the price is really not an obstacle. They'll do what they have to do.

Do you see the puppy ears?

It could be a game changer in a literal sense for gamers with disabilities.

The fact that it's convertible makes the Switch special.

Other enthusiasts couldn't get past some of the cornier moments of the video.

But that hasn't dampened enthusiasm for the Switch.

The folks over at Comedy Central's @Midnight are dropping some not-so-subtle hints at getting a freebie.

The change from "why not take a break?" coming from Nintendo Wii, to the Switch, which you can take everywhere you go, is a pretty major about-face.

Gamers, according to TechRadar, have been anticipating this announcement for a long time. No word yet on when you can pre-order the device, but surely Nintendo will get the word out before the March release.