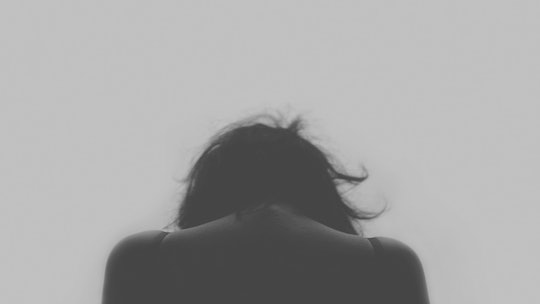 How Much Will Mental Health Care Cost Under AHCA?

On Thursday, House Republicans voted to gut health care for millions of people when they passed the American Health Care Act, or Trumpcare. The revised legislation will rollback many of the key provisions in the Affordable Care Act that extend insurance to people traditionally locked out of the system. People living with pre-existing conditions will be among the hardest hit by the misguided bill. But how much will Trumpcare be if you have a mental illness? Insurance premiums will most likely increase dramatically, putting coverage out of reach.

The revised AHCA would comprise treatment services for millions of people living with mental illness, such as new parents struggling with postpartum depression. Under this version of Trumpcare, states could opt-out of key ACA provisions, such as covering essential benefits and banning pricing discrimination, which would allow insurers to jack up premiums by as much as 200 percent for people living with a mental illness, according to The Huffington Post. For people struggling with substance abuse, that increase could be as high as 500 percent. The Huffington Post also reported that the GOP legislation would also give insurers the right to deny coverage to parents dealing with PPD or anyone living with a mental illness — a common practice former President Barack Obama's Affordable Care Act made illegal when it was implemented six years ago.

The latest version of the AHCA would also strip Medicaid of crucial funding avenues, which threatens the health care of parents struggling with PPD who live in poverty. According to Vox, the AHCA would cut Medicaid by $880 billion by converting the program to a "per capita cap" system that gives states either a block grant or a lump sum of federal dollars. It would also end the Medicaid expansion — a significant part of the ACA that extended health care to millions of people living in poverty. After 2019, no newly eligible person would be added to the Medicaid rolls once the expansion ends, Vox reported.

That means if you can't afford insurance out of pocket and aren't ineligible for Medicaid, your health care — and life — will be compromised.

In its original assessment of the bill, the Congressional Budget Office estimated that 14 million people will become uninsured by next year because of the American Health Care Act. By 2020, that number jumps to 21 million. By 2026, 24 million people are expected to lose coverage under Trumpcare. According to Forbes, a new analysis found that just 5 percent of Americans with pre-existing conditions would retain their coverage under the new bill.

Mental Health America, the country's leading community-based non-profit dedicated to mental health care, said in a statement, that Thursday was "a tragic day for all those dealing with or caring for someone with serious mental health concerns." The organization continued,

These effects will be felt mostly by people with chronic conditions, just as drivers who have accidents and homeowners with storm damage experience increases in their insurance premiums. They will affect people with cancer and heart disease. They will affect millions with serious mental illnesses. This is not something we can ignore or forget as we move forward. Lives are in the balance.

If you still, for some reason, believe repealing and replacing the Affordable Care Act is a good move, remember this: The version of the AHCA that passed Thursday still contains a provision that exempts congressional staff from losing key ACA provisions, The Hill reported. In other words, the same Republican Congress members who voted to take away health care services from millions of Americans will get to keep those benefits — all the while their insurance plans are heavily subsidized by taxpayer dollars. That means the ACA is good enough for the goose, but shouldn't be given to the gander.

Even if that exemption is removed, congressional staff will still have access to health insurance. According to Snopes, Congress members would go back to receiving coverage through the Federal Employees Health Benefits Program (FEHBP), which is also heavily subsidized by taxpayer money.

If you lose insurance coverage, though, you're on your own. You may be left waiting months for an appointment at a severely underfunded and unfunded free clinic. Or maybe you will be rushed to the emergency room because you couldn't afford to go to the doctor for what you thought was the flu. Your representative, on the other hand, will get to see their doctor on your dime.

The American Health Care Act is not only bad — and cruel — policy, it's also a betrayal of the American people. The GOP has turned its back on parents struggling with postpartum depression and people living with a mental illnesses — many of whom had voted them into office. According to CNN, the majority of people with pre-existing conditions who would be devastated by repeal live in states that went to Trump in the presidential election.

Thursday's vote was an act of malice by a political party that only speaks in dollars and cents.