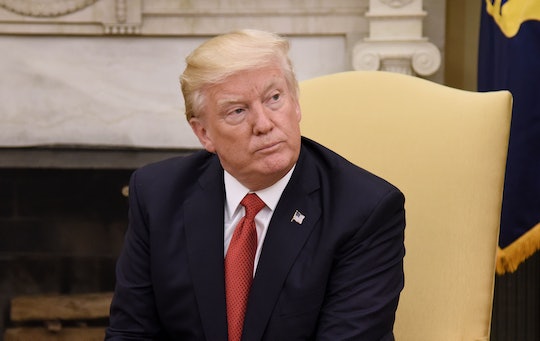 How Much A Vaginal Birth Could Cost Under The AHCA

A key part of President Donald Trump's campaign was his promise to repeal and replace the Affordable Care Act (ACA), more commonly known as Obamacare. Now that Trump is trying to make good on that promise, Americans must take a serious look at his administration's own health care plan. The American Health Care Act (AHCA) has been voted through the House of Representatives and will soon face a vote on the Senate floor. With the fate of the American health care system in the hands of the Senate, American women need to be aware of how this bill will impact their lives. The AHCA will make alarming adjustments to health care costs, making maternity care much more expensive. For example, the cost of a vaginal birth under Trumpcare might be unaffordable for many women.

Under Obamacare, maternity care is considered an essential benefit that must be covered by all insurance policies. Trump's plan will roll back that policy with the MacArthur Amendment, which will allow individual states to create their own essential benefits. The Washington Post reports that the AHCA "opens the door for states to upcharge people with preexisting conditions — including pregnancy." The federal government will essentially no longer ensure that maternity care is covered by insurance, allowing insurance companies to deny women who have given birth or are expecting a child reasonable coverage, because pregnancy will be considered a preexisting condition (in short, they'll still have insurance, it just won't be affordable anymore).

The Center for American Progress, an independent think tank, estimates that women seeking insurance could see a 425 percent hike in premiums due to their pregnancies. That 425 percent increase comes out to $17,060 minimum added on to a standard premium. This hike is simply unaffordable for many American women, which may leave them without any insurance — and for those who choose to pay for it anyway, it's piling up debt long before the baby even arrives.

Medicaid would also see cuts under Trumpcare, which would be a detriment to women, as well. The Congressional Budget Office estimates that under this new health care plan, Medicaid would lose around $839 billion over a period of 10 years. As Benjamin Sommers, an associate professor of health policy and economics at the Harvard T.H. Chan School of Public Health told Brides, "Medicaid is the biggest funder of pregnancies in the country. It’s the single biggest insurance type that people have when they give birth.” Sommers went on to detail what would happen to American women if Medicaid funding does indeed see serious cuts, saying we should "expect to see more women who are only going to qualify for Medicaid when they are pregnant and 60 days after the baby is born."

Insurance options for expectant women and women with children may also shrink under the AHCA. For those who end up without insurance at all, they will be forced to pay for their care out of pocket. According to a 2013 report titled "The Cost of Having a Baby in the United States," the average cost for prenatal care and natural delivery among women with commercial insurance averages at about $30,000 — making the United States one of the most expensive place in the world to give birth.

Without the guarantee of maternity care under the AHCA, women may suffer financially if they choose to have children. Some may, in fact, choose not to have children at all, given that many male Republican lawmakers seem to believe that financial burden of child rearing should fall squarely on the shoulder's of women. "What about men having to purchase prenatal care?" Rep. Jonn Shimkus (R-Ill.) wondered aloud during a town hall in March. "Is that not correct? And should they?”"

Not only is it supremely arrogant to think that prenatal care is just a woman's concern, but it's been shown that quality maternity coverage is good for the United States health care system as a whole — not just the women giving birth. Ignoring that reality and implementing the MacArthur Amendment isn't only bad for women, but everybody trying to get medical care. (And for those who argue that Obamacare is really to blame for rising costs, Blue Cross and Blue Shield Association conducted a study in 2016 that found that the government mandating essential benefits to be covered is not what causes premiums to skyrocket.)

The AHCA threatens to increase the cost of vital health care procedures, such as vaginal births and prenatal care. If this happens, it's not only bad for women, it's bad for our entire health care system.