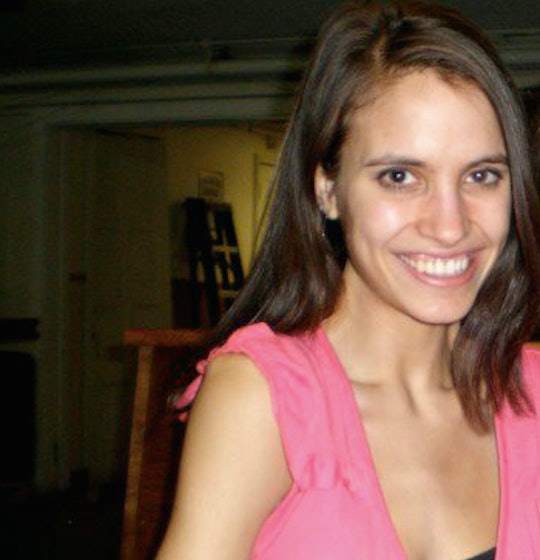 How My Health Obsession Almost Killed Me

My 5-foot, 9-inch frame was down to 103 pounds before a classmate acknowledged there was a problem. The suggestion was actually ludicrous to me. For the months leading up to that point, I felt like the picture of healthy living. My diet was void of anything I heard wasn't nutritious, I worked out everyday, and I even wrote a column for my university newspaper called “Pursuit of Healthfulness.” But because I never stepped on a scale and my habits were all gleaned from articles about “how to be healthy,” I didn’t realize I had gone into obsession-land. Or, in other words, I was suffering from orthorexia.

The term orthorexia means a “fixation on righteous eating” and was coined in 1997 by Dr. Steven Bratman. “Orthorexia begins innocently enough, as a desire to overcome chronic illness or to improve general health,” Dr. Bratman said in his essay that introduced the term to the public. He continued:

Orthorexia eventually reaches a point where the sufferer spends most of his [or her] time planning, purchasing, and eating meals. The orthorexic’s inner life becomes dominated by efforts to resist temptation, self-condemnation for lapses, self-praise for success at complying with the self-chosen regime, and feelings of superiority over others less pure in their dietary habits.

A standard day consisted of one quarter cup of oatmeal with one tablespoon of almond butter for breakfast, salad with homemade dressing and plain yogurt for lunch, and some kind of roasted vegetable for dinner. Because I "wasn't depriving myself," I would top the night off with a bit of dark chocolate.

According to the National Eating Disorders Association (NEDA), this is potentially just as dangerous as any formally recognized eating disorder because side effects of orthorexia may include nutritional deficiencies, weight loss, the inability to eat intuitively, and self-loathing. That is especially terrifying, considering the suicide statistics linked to eating disorders that have been reported by NEDA.

The plan was never to put my life at risk with my “this is a lifestyle, not a diet” diet. My descent started subtly enough during my second semester of college, when I vowed to get my weight and anxiety levels under control by exercising and eating well. I read the same tips from women’s magazines and articles as my friends. Unlike them, I adopted every single suggestion. I heard somewhere that anything other than whole grains were bad, so simple starches were out. I learned about different kinds of fats, so it became only “good” fats for me. Refined sugars, processed foods, and meat had no place in my diet. According to the food log I painstakingly maintained in those days, a standard day consisted of one quarter cup of oatmeal with one tablespoon of almond butter for breakfast, salad with homemade dressing and plain yogurt for lunch, and some kind of roasted vegetable for dinner. Because I "wasn't depriving myself," I would top the night off with a bit of dark chocolate.

When I returned home for the summer, my parents thought my new commitment to working out and eating well was great, as anyone would. I ran or biked daily, but not far. I was discerning with what I ate, but had a new passion for baking healthy treats and definitely still maintained a strong appetite. It still appeared as though I was making truly positive changes. But, privately, my fixation was growing by the day. With time for leisure reading, I checked out all of the library books about mindful eating practices I could find. Along with those came new, increasingly arbitrary restrictions: Every morsel was measured; I had to wait four hours after a meal before I could snack; and I wouldn’t eat dinner until after 7. Each rule originated with suggestions I read somewhere — I just found ways to make them even more extreme, which I figured would make me even healthier.

When I moved into my own apartment for the first time that fall and was able to exact total control over when and what I ate, my obsession intensified to the point that I couldn’t fall asleep without planning every single meal for the following day. And there were more rules: No egg yolks, no salt, and no consuming an entree in less than 20 minutes. I was an otherwise healthy 19-year-old with a pristine medical record, but I did each of these things out of proactive concern for my cholesterol, sodium intake, or overall food consumption.

Looking back, I see there was clearly some dissociation. As my restrictions led to me eat fewer calories and getting fewer nutrients, I worked out more and more. I didn’t realize that the intense foot cramps that regularly woke me up in the middle of the night were due to my severely depleted sodium levels. I overlooked my brittle hair and nails. I wondered why other people didn’t regularly pinch nerves and temporarily lose feeling in their feet while sitting on the hard classroom chairs. (I brilliantly addressed that by carrying a puffy vest with me to use as a cushion, which solved that problem and allowed me to run farther without a limp foot.)

I started off with good intentions, so where did I go wrong? Was it when I outlawed non-whole grains? Was it when I banned processed foods? Or was it my nature that destined me for a dangerous fixation?

Still, it was a shock to me when I received an email titled “Concern” from a school acquaintance. “I am very concerned about your weight. I don't know if anyone else has mentioned it,” she said, explaining she was in a similar situation the year before. “I know that you are simply doing everything that is associated with ‘being healthy,’ but done to extreme it is dangerous.” Seeking to prove her wrong, I set up an appointment with a nutritionist who would surely support, nay applaud, my purified diet. Instead, the campus dietician met me with worried eyes and suggested I do an “Are You Orthorexic?” assessment that quantified just how obsessed I was with food. Despite all my school years and health writings, it was then I learned for the first time what orthorexia is. I scored the maximum level of points on the quiz.

If it hadn’t been for an intervention and help from someone who was already familiar with orthorexia, I may not have addressed my problem until it was too late. That doesn’t mean it was a quick fix, though. For the following months, I relied on that nutritionist, a doctor, and a counselor to help me figure out how to use healthy eating tips as guidelines rather than firm rules — which, ridiculously enough, hadn’t occurred to me. I also had to address my underlying issues with anxiety and depression in order to give up the desire to control everything I ate.

We're told eating disorders are characterized by scary behaviors, such as starvation or purging. In contrast, many of my habits were healthy on paper — but the cumulative, extreme practice of them wasn’t. Still, I was one of the lucky ones because someone did notice and speak up. Relative early detection of my eating disorder improved my chances of recovery and minimized the damage done to my body: As I slowly regained weight, my risk for a heart problem disappeared, my period returned, and I lost that not-so-attractive layer of downy hairs that my body generated to insulate itself. Often, though, the symptoms of orthorexia can fester for years, quietly doing damage and ingraining habits.

My experience tells me this is because of the hazy line between making healthy changes and going too far. I started off with good intentions, so where did I go wrong? Was it when I outlawed non-whole grains? Was it when I banned processed foods? Or was it my nature that destined me for a dangerous fixation? Now when I read women’s magazines or articles that preach the “right” or “wrong” ways to eat, I worry for the other people who may cling to those false absolutes the way I once did.

These days, my commitment isn't avoiding white bread or added sugars at all costs, but instead to modeling a positive relationship with food for my son. I want him to know that no food is evil, no food by itself is perfect, and eating nutritiously all the time doesn’t solve life’s problems. The better goals are to eat well and stay active, but also to accept unpredictability and embrace chances to celebrate by having some cake and eating it too.

More Like This
What Is Monkeypox & Should You Be Worried? Here’s What You Need To Know
Two Young Children Have Been Hospitalized Because Their Formula Is Out Of Stock
Spain Could Offer Up To 5 Days Of Menstrual Leave A Month & It'd Be A Game Changer
What You Need To Know About Using Hair Removal Cream During Pregnancy