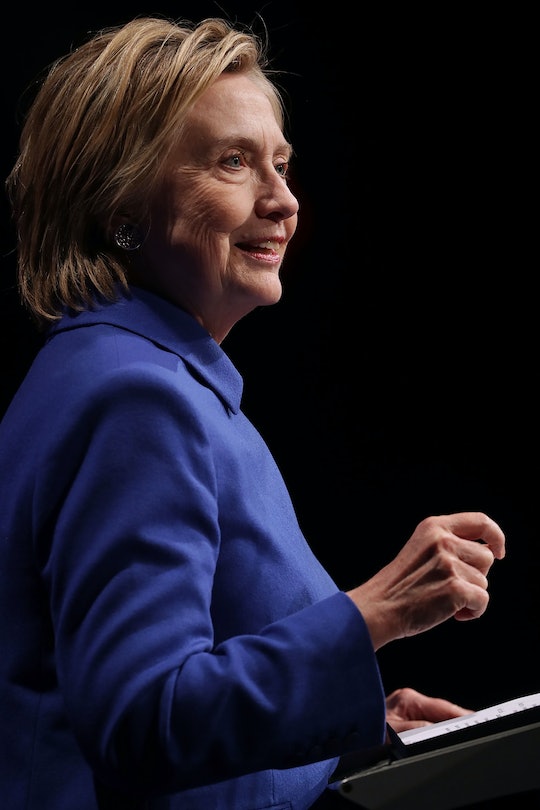 How Often Do Recounts Change Elections? Clinton Supporters Shouldn't Get Too Excited

Hillary Clinton has joined Green Party presidential candidate Jill Stein's efforts to recount votes from this month's presidential election in key states. Stein has raised money to ensure votes were properly counted, and that voting machines were not tampered with. The recount must be done quickly, but there are several reasons why those hoping for a change of fate may not want to get their hopes up. For those wanting to know how often recounts work, the answer may be disappointing.

Recount efforts are being concentrated in states that Clinton lost to president-elect Donald Trump that have typically voted Democrat  — Michigan, Pennsylvania, and Wisconsin. Even in these states where Trump won by a narrow margin, Trump leads Clinton by 10,000 votes or more.

That's not enough to flip the script on this election, according to FiveThirtyEight, which compiled data from FairVote, a non-partisan group dedicated to ensuring every vote counts. Out of 27 recounts in general elections since the year 2000, only three have resulted in a change in the outcome. And when election results do change, the difference between candidates was 0.2 percentage points. Clinton only came that close to Trump in Michigan.

“I don’t think there’s any realistic chance whatsoever that even if recounts are done in Michigan, Pennsylvania, and Wisconsin, that’s going to change the outcome in the states, or in the presidential election generally,” Richard L. Hasen, a law professor at the University of California at Irvine, told The Washington Post.

Clinton's campaign lawyer, Marc Elias, wrote on Medium about the campaign's intentions to participate in the recount even if the odds are against them:

We do so fully aware that the number of votes separating Donald Trump and Hillary Clinton in the closest of these states  —  Michigan  —  well exceeds the largest margin ever overcome in a recount.

The main way votes could have been tampered with is through a cyberattack on voting machines, according to computer science professor and election security expert J. Alex Halderman. The safest and most accurate way to count votes is to tally them by hand, Halderman added.

According to federal law, the recount must be finished by Dec. 13, according to NPR. Because the recount needs to happen so quickly, Wisconsin officials will will not recount by hand, which Jill Stein requested, the Milwaukee Journal Sentinel reported.

Mike Haas, an elections administrator in Wisconsin, told CNN that it's unlikely the votes were miscalculated because of a cyberattack since voting machines aren't connected to the internet and would have to be hacked one by one. "We've said many times there are a number of reasons of why we are skeptical of claims that voting equipment is not working correctly or is being tampered with," Haas said.

Even if the recount results in a higher popular vote for Clinton, she'd have to win all 46 electoral votes from the three states in order to change history and the election. Maybe the recount will help put Americans at ease that every single vote has been properly tallied. But in terms of granting Clinton the presidency, don't count on the recount.