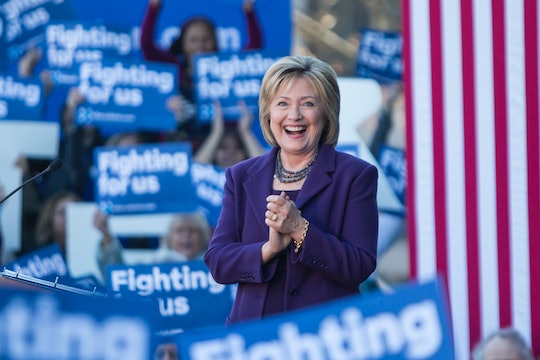 How Often Do the New Hampshire Primaries Predict The Presidential Nominee? It's Definitely An Important State To Win

If either Vermont Sen. Bernie Sanders or Hillary Clinton are the slightest bit superstitious — or maybe if they took a look back at past New Hampshire primary results for Democrats — then next week's primary is high on their priority list. New Hampshire will be the second state to make its choice for the Republican and Democratic presidential nominees on Feb. 9. To gauge New Hampshire's potential importance to the race, one has to take a look at how often the state's primaries predict the presidential nominees.

For Democrats and Republicans, it would seem the deck is stacked against those who can't sway the citizens of New Hampshire. Let's look back a few years: For the Democrats, in 2012, President Barack Obama swept New Hampshire with little competition from challenging candidates. And of course, In 2008, Obama once again won the state, beating out Hillary Clinton, and ultimately, succeeding on a national state. In 2004, John Kerry won the New Hampshire primary and the nomination, and in 2000, Al Gore won the state as well as the nomination.

So, it's looking pretty good for the Democrat that wins New Hampshire this time around, and interestingly, the candidate expected to do that is the once-considered long shot from Vermont, Sanders.

But that's just it, New Hampshire is a neighboring state to his beloved Vermont, and considered to be even more liberal. The latest poll results show Sanders leading the field in New Hampshire with 57 percent support from likely primary voters versus Clinton’s 34 percent.

Across the aisle on the right, the same positive parallels can also be drawn between the New Hampshire victor and the candidate who gets to enter the race for the White House. In 2012 and 2008, it was a strong strategy for candidates, with Mitt Romney securing New Hampshire, as well as the nomination, and four years earlier John McCain doing the same. Interestingly, in 2000, McCain won the New Hampshire primary, as well, with George W. Bush trailing by almost 20 percent. That said, we know what happened there afterward.

So now that we know New Hampshire is very important to candidates, for obvious reasons, you might be interested to find out that there's a lot more to the state's significant role in the presidential race.

According to CNN, New Hampshire has a history of overlooking the front-runner and supporting a lesser-known candidate. And much of its importance in the race can be attributed to simply its lineup in the primary calendar and the consequent attention from the media. The hype certainly isn't because of the delegates it controls, as the state has even less delegates to award than Iowa. And its likely even more New Hampshire voters will be out at the polls in solidarity this time around, as 2016 marks the 100th anniversary of the state's primary.

The two remaining Democratic hopefuls will compete to woo the New Hampshire vote on the debate stage Thursday at 9 p.m. ET on MSNBC as well, with Clinton and Sanders going head-to-head — Clinton just off a win (albeit by just a hair) in Iowa — as Martin O'Malley dropped out of the race following a poor showing in The Hawkeye State this week.

Whatever happens at the debate though, the real show will start on Feb. 9. Mark your calendars and get ready to tune into one epic primary battle.