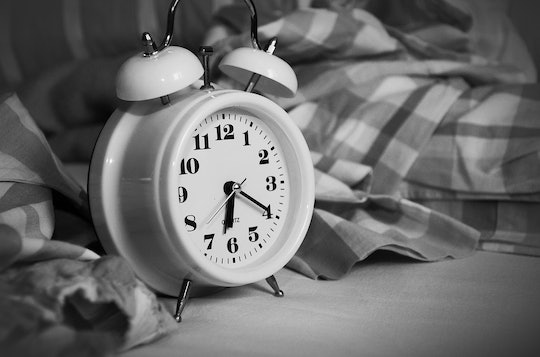 Napping truly is a gift form the heavens. As a busy adult, your naps may become more infrequent than you like due to the demand of every day life (you know, boring things like earning a living to pay bills and such). But even in the trenches of parenting a toddler, the universe breaks you off random stretches of peace via the napping of your child. With the multiple cat naps of an infant behind you, it's time to focus on making sure your little ones is napping appropriately for her age. But, how often should 2 year olds nap? At this age it's more about quality than quantity.

You've probably noticed the enviable amount of energy your 2 year old possesses. If you were zip zam zooming around at her speed, you'd be more than ready to indulge in a nap come lunch time. However, your toddler requires less sleep as she grows, meaning naps will start to change to match your child's need for only 12 hours of sleep in one day, according to the Baby Sleep Site. Since most of those hours will fall in the category of nighttime snoozing, daytime naps are going to become less frequent than ever before.

Up until this point, you're little one has probably been dozing off for naps two or three times a day. But after she has celebrated her second birthday, chances are your child is going to drop a nap session or two. According to Kids Health from Nemours, most 2 year olds consolidate their nap to one midday snooze, catching Zs somewhere in the neighborhood of one to three hours. Although it means you'll be readjusting your daytime schedule, it's right on track with the amount of sleep her little body requires.

Another change that is common at this age is having trouble settling down and resisting sleep, as Parents magazine explained. Which is why more than ever, it's important to keep nap routines as consistent as possible. According to What To Expect, starting and ending naps at the same time every day will train your 2 year old's body and brain to know when it's time to sleep. You can also create an abbreviated version of your child's bedtime routine to help calm and soothe her to dreamland at nap time.

Keep in mind that every child is different and their need for sleep will vary. Although some kids will naturally transition from two naps to one, others may take a little longer to adjust to this new rhythm, as Today's Parent pointed out. But as long as your 2 year old is logging up to three hours in daytime sleep, she's exactly where she needs to be with her naps.