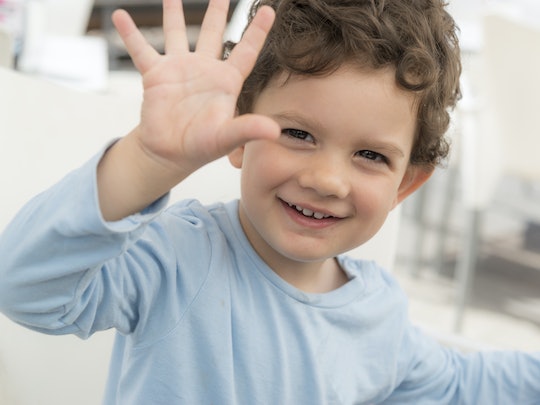 How To Determine A 5 Year Old's Nap Schedule

For parents of young kids, nap time can be one of the most blissful moments ever. Whether the nap is planned or if they just so happen to tire themselves out, once your little one goes down for a nap, it opens up more time for you to get things done. Though multiple daily naps are normal for children in the toddler and preschooler stages, things change once your child turns 5 years old. Since most kids are in school by this time, some parents wonder if their kids even nap and if so, how often should 5 year olds nap?

According to Nemours, since the age of five borders a child being a preschooler and school-aged, some 5 year olds may require an afternoon nap in addition to the 11 to 12 hours of sleep per night. However, the site also indicated that if a nap isn't possible or needed by them, they should be taking an earlier bedtime each night.

Likewise, Parents noted that once your child is done with afternoon naps, they could have troubles sleeping at night. Because, much like adults, if the extra sleep wasn't necessary, it will throw off their sleep schedule and cause them to be up later than usual. Other signs of your child not needing naps are resisting them them, having consistently stable moods, and waking up with a pleasant attitude in the morning. However, if they are still cranky, fall asleep easily in the afternoon, incredibly hyperactive when they usually are sleeping or show sluggish body language, naps may still be in the daily lineup, according to Parents.

When most children hit the age of five, they are focused on having everyone realize that they are a "big kid." For example, when my brother was 5 years old, he begged to stay up late with my sister and I because he saw himself as a "big kid." Although he felt he was ready to stay up late Baby Center noted that your child will need a bedtime routine more now than before — especially if they are not napping.

So although there is no definitive answer to how often 5 year olds should be napping, the key is to notice what your child is doing specifically. Every child moves and grows at a different pace so be sure you pay attention to the signs your child is displaying.