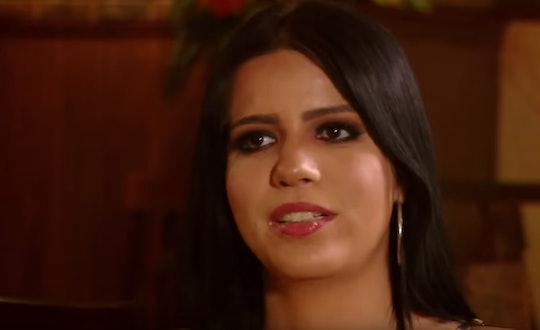 Larissa Talks About Her Kids On ‘90 Day Fiance: Happily Ever After’

On the latest episode of 90 Day Fiancé: Happily Ever After?, Larissa dropped a bombshell on her mother-in-law Debbie. She revealed that she has two children that she left behind in Brazil, and that she hopes to bring them to America some day. Leaving your kids is a tough call for any mom, especially when they’re young. But seeing how young Larissa is herself, many are wondering, exactly how old are Larissa’s children?

The reality TV star has kept her children out of the public eye, and she hasn’t revealed their ages. But on the last episode, Larissa revealed a picture of her young daughter, who she said lives in Brazil with her father. She also talked about her son, and mentioned that he lives in Brazil with her ex. While Debbie found this news shocking, Colt admitted that Larissa told him about her kids before she came to the United States.

Outside of the reality show, Larissa had previously talked to the media about her children, so the news didn’t come as a shock to many. In a November 2018 statement she made to In Touch Weekly, Larissa disclosed a few details about her kids and explained why she keeps that part of her life private. She told the outlet that she had a son with her ex, Marcos Hack, but when their relationship ended, she went into depression.

“I found myself unable to take care of our son and his sister adopted him,” she said. “I also have a daughter, from another relationship, who lives with my father and who I plan to bring to [the] United States one day when I am ready to take care of her. I was not talking about my kids because the show is 90 Day Fiancé, it is not about my past or my children. I ask people to respect their privacy and I won’t talk about them ever again.”

Last week, on her Instagram story, Larissa addressed the new episode and took the opportunity to explain why she doesn’t like talking about her kids. "In the next episode, you will hear about my kids. My court case is on May 30th, and it is the last thing holding me back from doing what I want to do," she wrote. "I will be free to do everything, and finally 100% free of drama — My kids will only be addressed with my family, my boyfriend, and my closest friends." In a Q & A on her Instagram feed, a follower asked Larissa if she plans on bringing her children to the United States. “I do,” she wrote. “As soon as I can drive and take care of myself. Or when they decide to visit, study, etc.”

I’m not sure if Larissa will reveal any more details about her kids on this season of 90 Day Fiancé: Happily Ever After?, but I would expect that Debbie still has plenty of questions about Larissa’s past that need to be addressed. I guess fans will just have to keep watching through the rest of the season to find out.