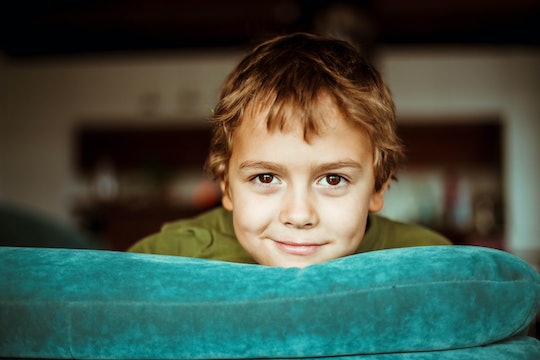 At What Age Can I Claim My Child As A Dependent?

With Tax Day quickly approaching, it's more important than ever to be knowledgeable about all the rules and, most important, refunds, that apply to you. That could be knowing the breaks you get for being in school or what write offs apply to freelancers. Though parents probably have a lot of tax-related questions on their mind, one they should know the answer to is how old does my child have to be to claim as a dependent?

Not sure why claiming a dependent on your taxes is such a big deal? Well, according to TurboTax, for every dependent you claim, you will reduce your taxable income by $4,050. The site noted that dependent rules also apply to tax credits and can be the deal breaker when it comes to owing money and receiving a refund. Being able to write off daycare or medical expenses can be a huge help during tax time, so be sure to look into the benefits that come along with claiming dependents.