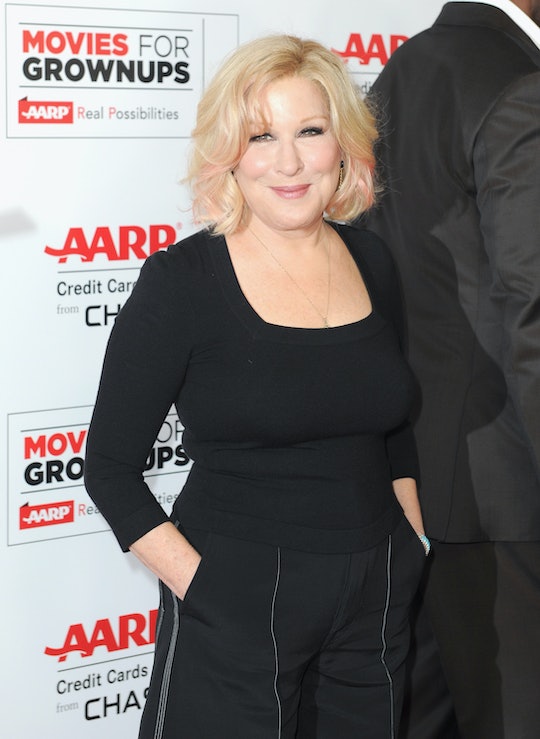 Bette Midler Is Back On Broadway & Better Than Ever

Bette Midler has finally been nominated for a Tony award. Though she won a special Tony award in 1974, this is the first time the actress has been nominated for a role in a Broadway production, despite getting her start on Broadway. The legendary singer has been in the business for years now, leading some to wonder how old is Bette Midler? The three-time Grammy winner is actually 71 years old.

For Midler, it's clear age is nothing but a number. The actress made her return to Broadway this year as the lead in the 2017 Broadway revival of Hello, Dolly!, which got her the Tony nomination for Best Actress in a Musical this year. In the show, Midler plays Dolly Gallagher Levi, a meddling matchmaker in New York City. Midler will be attending the Tony Awards this year, not just as a nominee but also as a presenter. However, don't expect a performance from the Divine Miss M. Even though Hello, Dolly! has a slot during the show, she's not expected to perform in it, unfortunately.

If Midler gets the Tony Award, she'll be one step closer to her EGOT (which is someone who has won an Emmy, Grammy, Oscar, and Tony). Because her first Tony wasn't a competitive award, some believe that it doesn't count. If Midler wins, though, all she would need is an Oscar to solidify her EGOT, and she's already been nominated twice. Third time's the charm, right?

Going up against Midler for the Tony are Denée Benton for Natasha, Pierre & The Great Comet of 1812, Christine Ebersole and Patti Lupone for War Paint, as well as Eva Noblezada for Miss Saigon.

Though Midler won't be performing, the Tonys will still be a night you won't want to miss. Tony-winner Kevin Spacey will be hosting the show and the guest list is star-studded, to say the least. Broadway's best and brightest will be in attendance, including Ben Platt, Lin-Manuel Miranda, Cynthia Erivo, Sutton Foster, Jonathan Groff, and Christopher Jackson, among so many others.

Many other celebs will also be making an appearance at the ceremony, including Tina Fey, Orlando Bloom, Stephen Colbert, Anna Kendrick, Josh Gad, Taraji P. Henson, Scarlett Johansson, and Keegan-Michael Key. The night will be filled with gorgeous gowns, incredible music, and big performances fit for Broadway. You definitely don't want to miss out on Broadway's biggest night and see who walks away with the awards.