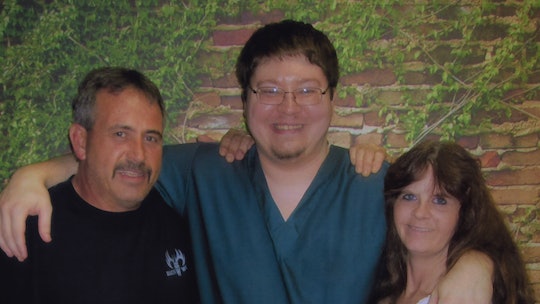 Brendan Dassey Is About To Celebrate A Birthday

The 2015 Netflix docu-series Making a Murderer made Steven Avery and Brendan Dassey household names — and not for good reason. 11 years ago, Dassey received a mandatory life sentence (with the possibility of parole in 2048) after confessing his involvement in his uncle's (Avery's) crimes. With what some think was a coerced confession, Dassey's innocence or guilt has been widely debated. But if this case officially began off-camera in 2007, and Dassey was a teen when convicted, how old is Brendan Dassey now?

According to multiple sources, including New York Times, Dassey was 16 when he was questioned without a parent or lawyer present. He's about to celebrate his next birthday in October, when he will turn 29. The documentary, which brought so much attention to the case, led many to believe Dassey [and Avery] weren't guilty after all. The footage showed Dassey being questioned four times over a 48-hour period and some argue that it was an "involuntary confession." It was suggested evidence may have been planted on Avery's property and that Dassey's confession was coerced by police (which has been refuted). Halbach's remains were later discovered on Avery's property but there was no physical evidence that linked Dassey to this crime. His attorneys argued he'd been subjected to "psychologically coercive techniques" by investigators, was borderline intellectually disabled, and under a lot of stress from the events. His uncle was sentenced separately.

In 2016, a judge officially ruled the confession as coerced and the conviction was overturned. While Dassey waited to be released, it was delayed through the trial. According to Washington Post, "The Wisconsin Court of Appeals upheld Dassey’s conviction." Their reasons were that "the interrogation was not unduly coercive, Dassey had been read his rights, and his mother consented to the interview." He went on to appeal in federal court, but the full appeals court voted against him.

With so many things unanswered or askew, the case obviously isn't of the open-shut kind. Back in July, an affidavit revealed what Dassey's brother, Blaine, had to say — most notably, that Brendan lied on the stand. “I remember, on October 31, 2005, seeing my Uncle Steven carry a white plastic bag to his burn barrel," he said. "I did not see a fire in the burn barrel. However, the police pressured me into saying that there was a fire in the burn barrel and visible smoke coming from the burn barrel. My testimony about the fire and smoke coming from the burn barrel was not true.” The affidavit also said Blaine Dassey now believes the police may have taken advantage of his brother, coaxing that confession saying, “The police tried to pressure me into saying that the flames of the bonfire were much higher, so at trial I testified that the flames of the bonfire were 4–5 feet high, but that testimony was not true. The police put the height of the flames in my head and I agreed to it.”

However terrifying that sounds if true, Judge David Hamilton wrote in defense of the conviction saying, "Dassey spoke with the interrogators freely, after receiving and understanding Miranda warnings, and with his mother’s consent. The interrogation took place in a comfortable setting, without any physical coercion or intimidation, without even raised voices, and over a relatively brief time. Dassey provided many of the most damning details himself in response to open-ended questions."

Due to Dassey's age at the time of the interrogation and the circumstances surrounding, there have been numerous petitions regarding the "Juvenile Interrogation Protection Law" in Wisconsin. The 10-part series created by Laura Ricciardi and Moira Demos set out to simply tell a story. It led to a renewed interest in the case of both the courts and public opinion. It's unclear as to whether either will ever turn in Dassey's favor. Making a Murderer: Part Two premieres October 19 on Netflix.