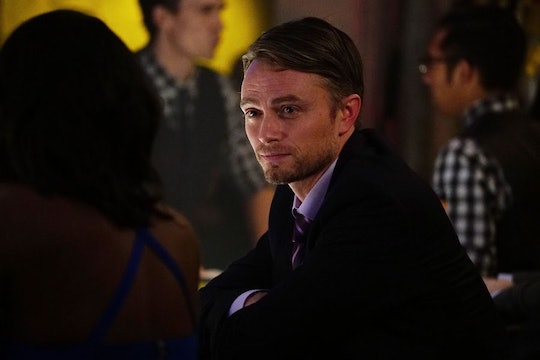 During the season finale of How to Get Away with Murder, it was revealed that Wes’ father wasn’t actually Wallace Mahoney, but Wallace’s son Charles. However many fans are having trouble believing that considering the fact that Charles looks a bit young to be Wes’ father and many are wondering how old is Charles Mahoney on How to Get Away with Murder?

Unfortunately, there’s no way to know for sure, however the actor who plays Charles, Wilson Bethel, is 33 years old, while Alfred Enoch, who plays Wes, is 28 years old, making them only five years apart in age. It seems highly unlikely that Charles became a parent at the age of five, so I assume Charles is supposed to be older than that on the show, but how much older can he be? If Wes is in law school, assuming he didn’t skip any grades or was left back when he was younger, he would’ve been around 22 when he became a member of the Keating 5, making him roughly 24 when he died.

At best, Charles looks like he’s in his mid-30s. There’s no way he’s 40, which would mean he wasn’t even 16 when Wes was born. So what does that mean? Fans were under the assumption that Wallace raped Wes’ mom, but with this new information does that mean Charles raped Wes’ mom as a teen? Did this still happen in Wallace's office and if so, what was such a young kid doing there by himself? It's all just really confusing.

Hopefully, the show will give fans more answers in the next season, though I wouldn’t count on it. The Mahoney storyline seems over and done and once executive producer Pete Norwalk moves on from a storyline he’s pretty much done with it. Remember the Hapstall case? It was pretty much wrapped up in a bow once Caleb was found dead in his bathtub, but no one even questioned if he really did kill himself or if it was set up. Instead, the show just moved on. It feels like that may happen with this Mahoney situation, though I hope not, because honestly it makes no sense.

Though How to Get Away with Murder has been pretty good with making sure their twists connect the dots, Norwalk may have gone too far with this one. While it did shock fans to learn about Charles, it also opened the door for more questions that now need to be answered, but as to whether it'll actually happen, fans will just have to wait and see.

How to Get Away with Murder Season 4 returns this fall on ABC.